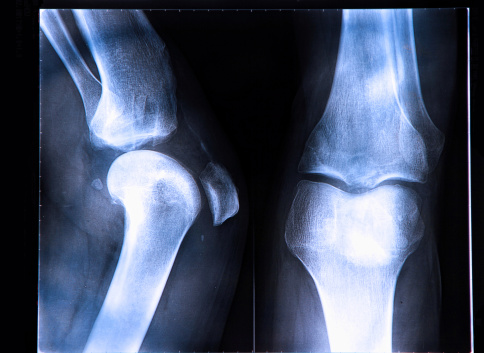 The other night I was sitting in my study flipping through my usual medical journals, which I do to keep myself on top of all of the latest scientific findings. I find this process oddly relaxing, and it’s one of my favorite things to do. But when I saw the headline of one particular study, I nearly spilled the mug of tea I was holding all over my desk. Let me tell you why.

Tea is the most highly consumed beverage in the world, after plain water. The benefits of tea have been documented widely. But did you know that, as with many other things, it’s possible to get too much of this good thing? That’s what I discovered the other night, and it made me think twice about our most popular beverage. Recent studies have documented that some heavy tea drinkers have been diagnosed with a condition called skeletal fluorosis. It’s a condition that results from too much fluoride in the diet, and it’s characterized by painful bones and joints, and severe bone damage. The primary culprit? Too much tea.

Brewed from the leaves and leaf buds of the Camellia sinensis shrub, true tea has been cultivated, brewed and enjoyed for thousands of years. In fact, it’s arguably one of the world’s oldest, most-consumed functional foods.

An amino acid, theanine, which is unique to genuine tea, accounts for tea’s reputation as a refreshing drink that’s both energizing and calming. Tea contains caffeine, and theanine reportedly balances the familiar stimulating effects of caffeine. Studies have shown that theanine relieves anxiety without sacrificing focus and concentration.

Emerging Cause for Concern

But while tea is considered a healthful beverage around the world, it would seem that, as with most things, moderation may be the only way to reap these benefits without some terrifying drawbacks. I was shocked to find out that in recent years, several reports have shown up in the medical literature linking skeletal fluorosis to the over-consumption of tea.

Fluoride is an element found in nature. Its modern use is primarily to prevent tooth decay. In fact, it has been shown to be so effective in maintaining oral hygeine that the Centers for Disease Control and Prevention have called it “one of 10 great public health achievements of the 20th century.” For this reason, fluoride is routinely added to water supplies, toothpaste, and salt to help with tooth decay prevention. In small doses, fluoride has been shown to improve the density and cavity resistance of tooth enamel.

But too much fluoride is harmful.

The over-consumption of fluoride can have a multitude of side-effects. In minor cases, you may experience severe stomach pains, nausea, or other gastrointestinal symptoms. In more severe cases, too much fluoride can lead to a bone disease known as skeletal fluorosis. Symptoms include joint pain, swelling, increased risk and frequency of fractures, and decreased joint mobility. People who suffer from skeletal fluorosis are also more prone to hip fractures.

While you may now be eyeing your tea with distrust, you may still be wondering how fluoride ends up in tea to begin with. As is the case with most plants, fluoride naturally occurs in the leaves of tea plants, and the amount can vary depending on the soil the plants are grown in. However, a recent study published in Environmental Geochemistry and Health found that particular tea leaves absorb fluoride at a far higher rate than other plants do. Furthermore, older tea leaves contain higher amounts of fluoride than younger ones. Unfortunately, many supermarkets sell lower-priced tea varieties that are made primarily of older (cheaper) leaves. This contributes to a higher fluoride intake and increases your risk of fractures, joint pains, and gastrointestinal issues.

In one extreme instance, a woman had been drinking tea literally by the gallon (up to two gallons a day) for decades, before developing a hunchback and complaining of growing pains and stiffness in her joints and aching bones. X-ray analysis revealed that she suffered from overly dense bones and inflexible joint cartilage, due to long-term excessive consumption of fluoride. After a more extensive review of her history, doctors were shocked to discover that the source of her problems came from her very own home-brewed black tea.

Although few people drink this much tea on a regular basis, researchers from Public Health England found that just one liter of tea brewed from store-brand tea leaves contains enough fluoride to exceed the recommended amount of safe daily intake. Even this amount of tea, consumed regularly by millions of people around the world, could be enough to substantially increase one’s risk for joint pain, frequent fractures and other bone problems.

Part of this newly stirred alarm regarding tea-related fluoride toxicity has to do with the recent discovery that tea contains far more fluoride than scientists previously thought. According to researchers at the Medical College of Georgia, published reports initially claimed that a liter (about one quart) of black tea contains 4-5 mg of fluoride; new research now shows that fluoride concentration in black tea is actually closer to 9 mg/L. Considering the fact that the maximum tolerable level of fluoride per day is 10 mg, this discrepancy is quite a significant one, and can no longer be ignored. Most of us are already consuming at least 2-3 mg of fluoride per day from other sources, like drinking water, toothpaste and foods, putting many more people at risk for long-term fluoride toxicity than scientists previously estimated.

But before you throw away all the tea in your pantry, consider this: It’s probably safe to continue drinking tea, as long as you limit your intake to no more than 3-4 cups per day. For even more health benefits, consider avoiding black teas in favor of green teas. While black teas contain higher levels of fluoride, green tea is somewhat different in that it contains a potent polyphenol compound called EGCG. EGCG has been credited with numerous health benefits, one of which is that it may actually counteract some of the negative effects of fluoride buildup. EGCG is also a powerful antioxidant whose consumption has been linked to improved cardiovascular health, mental health and, according to the latest research, seems to also have antiviral, antibacterial and antifungal properties.

Another way to have your tea and drink it too is to opt for herbal teas. Technically known as tisane, brewed herbal teas can be made from any number of ingredients including herbs, flowers, spices and other natural flavorings. Hibiscus, chamomile and mint teas are just a few options. It’s also important to select higher-quality teas when available, and to try and stay away from cheaper, store-brand varieties.

If you’re experiencing severe joint or bone pain, it’s always best to seek medical advice. Protect your health by avoiding teas with high levels of fluoride. Your bones will thank you for it.