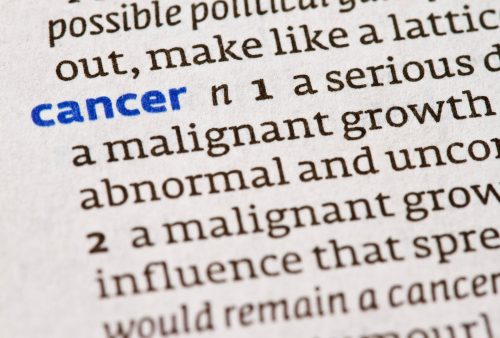 The Union for International Cancer Control (UICC) recently celebrated World Cancer Day on February 4th and this day is primarily designed to raise awareness and understanding of cancer.

For this year, the UICC focused on dispelling myths about cancer, which somehow has been distorted across various countries and societies around the world.  The Union distributed posters, leaflets, and pamphlets on the major myths about cancer, with the hope that society would better understand this disease and support the goals of various groups in finding a cancer cure and in decreasing cancer risk.

Some Sobering Numbers on Cancer Risk and Cancer Cure

One of the myths that the UICC wanted to dispel was that concerning cancer as a disease that only affects the wealthy, the elderly, and those living in developed countries.  To address this myth, the Union provided actual cancer statistics reports to show that this disease may affect any country and socioeconomic level.  In addition, the UICC also compared the incidence rates of cancers versus infectious diseases such as tuberculosis and AIDS.  The report showed that the number of malignancies is higher than the combined number of cases of AIDS, tuberculosis, and other infectious diseases.  In addition, approximately 55% of cancer cases occur in less developed countries, which is the opposite of what the current myth is describing.

The Union also explained that 85% of cervical cancer deaths, which equates to 275,000 each year, occur in developing countries.  Alarmingly, if cervical cancer risk is not diagnosed in women in these countries, this may result in approximately 430,000 deaths each year by 2030.  These numbers also serve as the driving force for scientists and researchers to find a cancer cure, not only for cervical cancer, but also for other types of malignancies.

The UICC also focused on dispelling myths that cancer risk is higher among the elderly.  In fact, this disease also affects young individuals and it is ranked as the third leading cause for mortality among children within the age range of 5 to 14 years.

The UICC also explained that cancer can affect individuals of any age and socioeconomic status, yet those living in less developed countries are at a disadvantage because their chances in receiving proper diagnosis is smaller.  In addition, the chances of achieving cancer cure are lower because current treatments may not be available in their part of the world.  These specific population groups are thus more vulnerable to the impact of this disease and thus it is important for advocacy groups to extend assistance and other forms of support to these people.

RELATED READING: The Top Cancer Myths You Need to Know

The distribution of pamphlets on the myths about cancer may hopefully decrease and ultimately destroy poorly supported concepts on the disease.  Cancer can be devastating enough and receiving wrong information about the disease may further aggravate this specific health condition.