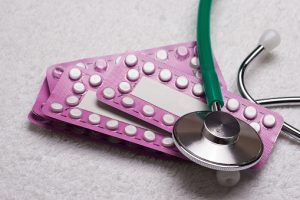 A new study has found that women may experience lowering levels of vitamin D after they stop taking birth control medications. Vitamin D is essential for immune system functioning and regulating calcium in the blood. Calcium plays a critical role in bone health, and women are at a higher risk for bone loss than men. During pregnancy, women produce higher vitamin D levels to aid in the development of their baby.

Study first author Dr. Quaker Harmon said, “Our findings indicate women may run the risk of developing vitamin D deficiency just when they want to become pregnant. For women who are planning to stop using birth control, it is worth taking steps to ensure that vitamin D levels are adequate while trying to conceive and during pregnancy.”

The study included nearly 1,700 black women. Blood samples revealed that those who used birth control pills had 20 percent higher vitamin D levels.
“We could not find any behavioral differences — such as increased time spent outdoors — to explain the increase,” Harmon explained.

On the other hand, those who stopped using birth control had average vitamin D levels. Harmon added, “Our findings suggest that contraceptives containing estrogen tend to boost vitamin D levels, and those levels are likely to fall when women cease using contraception.”

Vitamin D can be obtained through sunlight and some dietary sources, including fatty fish and fortified milk.