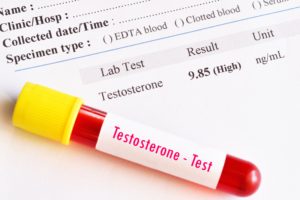 Testosterone therapy sounds excellent for a lot of aging men. It can be a way to improve energy and sexual performance as well as boost mood and general feelings of well-being.

But there is a possibility that it could increase the risk of a cardiovascular event too.

Doctors have prescribed testosterone therapy (TRT) rather liberally in recent years. It is used as a way to treat “normal” symptoms of aging like fatigue, strength loss, and sexual function. But it’s possible the risks have not been fully assessed.

A recent study from researchers at McGill University in Montreal has found that testosterone therapy is associated with a higher risk for strokes, mini-strokes, and heart attacks during the first two years of use. They found that after those two years, risk went down.

Researchers mentioned that there is little evidence to suggest clinical benefits of long-term TRT to treat modestly declining testosterone levels in healthy men. Looking at 15,400 British men aged 45 and older with age-related low T, they found those who received TRT has a 21-percent higher risk for a cardiovascular event than those who did not get therapy. After the two-year mark, however, the risk was no longer apparent.

These results are rather impressive because there are also results showing that TRT lowers all-cause mortality, even if it does increase stroke and heart attack risk for a short period. This means that there are some definite risks to be weighed if you’re thinking about TRT.

If you’re thinking about TRT because you’ve had a lack of energy or libido, or noticed your strength has gone down, it might be worthwhile attempting to increase testosterone levels naturally. Losing weight, increasing activity, lifting weights, eating more protein, and limiting the intake of processed foods might all help to improve testosterone, mood, strength, energy, and libido.