Home » Brain Function » Why yawning is more important than you think 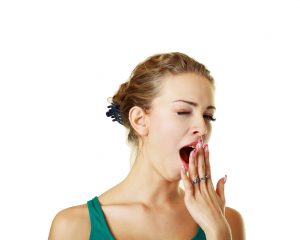 You yawn when you are tired. Sometimes a yawn might sneak in when you are bored, or because you have just seen someone else do it.

But maybe the question of “why” never really occurred to you.

However, if your inquiring mind ever wanted to know why this involuntary reflex seems to happen at the most awkward times, or why it happens at all, new research has helped to crack the mystery by giving us new information about the brain.

Yawning has a purpose for brain function

Researchers at the State University of New York (SUNY) and the University of Vienna tested the theory that yawning increases blood supply to the brain. It has been commonly thought that this boost in oxygen is why we yawn in the first place, but past research hasn’t been able to successfully back up that idea. This new research has shown that yawning is a mechanism meant to cool the brain, which means yawning could be tied to your sleep cycle and stress control.

Fluctuations in brain temperature are associated with stress, sleep cycles and cortical arousal, or the levels of activation present in the brain. Researchers wanted to see if they could show that yawning helps to keep your brain working optimally by regulating its temperature. If that happened, then it should also hold that changing the ambient temperature would be a way to effectively control the temperature of the brain by controlling whether or not we yawn.

RELATED READING: If you suffer from headaches, stress to blame

A contagious yawn is said to happen as a trigger to someone else having the same reaction. The researchers measured the contagious yawning frequencies while observing pedestrians in Vienna who were outside, in both warm and cold months. The subjects were asked to look at a photo of a person yawning and then report on how they reacted. The results were then compared to a study done in the same manner, but in Arizona, which has a very warm and arid climate.

People in Vienna yawned more often in the summer than in the winter, the researchers found. But in Arizona, the subjects were more likely to yawn in the winter months. The difference was related to an optimal thermal range – about 68 Fahrenheit, which occurred at different times of year in different locations.

Yawn to cool off the brain

Why is there such a difference? According to researchers, if yawning happens in order to cool the brain, then it’s not necessary when the ambient temperature is already cold. Alternatively, yawning won’t help to cool off your brain if you do it when the temperature is close to your own body temperature.

The research builds the body of evidence showing we may yawn for a reason other than having seen someone else do it, or being bored and tired. Yawning could play an important role in maintaining proper brain health and function.

In fact, by association, contagious yawning might be a way for the people around us to keep us healthy, even if you don’t know that it’s happening!