Home » Health News » Study: Why small differences can be a big deal in gut infections. 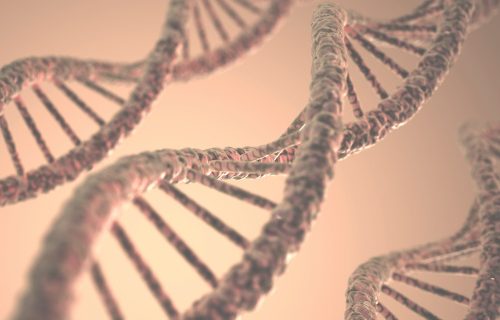 Scientists at Bart Deplancke’s lab, in collaboration with Bruno Lemaitre’s team at EPFL (Ecole Polytechnique Federal De Lausanne), have made a huge leap in understanding what genetics have to do with gut immune-competence. Their study, which challenges the current views of gut disease, is published in Nature Communications.

Given the millions of micro-organisms we ingest each day, the gut has an extensive and well-developed immune system that protects from acute and chronic gut diseases. Having said that, the protection levels vary dramatically among people.

A healthy gut contains millions of bacteria. Of these, four-fifths (about eighty percent) are beneficial and help us digest and process food. The remaining one-fifth include bacteria that can cause infections. To protect against these infections, the gut has developed an extensive array of defenses.

But people are not equal in terms of gut immunity. Which is why some individuals are more susceptible to infections than others. To illustrate the point, two people might eat the same salmonella-ridden hamburgers, but only one of them will suffer an infection. The key, therefore, might lie in the genetic variation between individuals. Nonetheless, this is an area of which we still know very little. But EPFL scientists have found that gut immunity is not affected by single genes but by more complex dimension of “gene clusters” – groups of genes working together.

For the study the team used fruit flies (studying in humans was not possible because the different variables – different diets, rates of development, habits during the day and others – make it difficult to standardize the comparison).

The researchers infected more than a hundred different strains of fruit fly with an intestinal bacterium. They ensured that while the strains had well-defined differences in sets of genes, all other parameters such as diet, temperature, and humidity, even the amount of infecting bacteria – were identical.

At the end of the study, the scientists discovered a striking variation across the susceptibility of different strains to the bacterium. The strains showed either 100% susceptibility (all the flies died within 3 days), 100% resistance (none died), or fell somewhere in between (some died, some survived).

Seeing the results, Deplancke said that “just having slight differences in the genome can make you anywhere from completely resistant to completely susceptible to an infection.”

The next step was to find the biological link between these different strains and the gut’s ability to fight infections.

The scientists identified several new influencers of gut immunity. These are not single genes, but rather entire groups of genes working together. One group of genes linked to the production of the highly reactive molecules that neutralize infectious micro-organisms. This helpful group of genes was less active in susceptible flies, meaning that it could literally make a life-or-death difference when fighting gut infections.

This study shows how the susceptibility of the gut to infections can change even with a small but systematic variation.

The researchers hope that as their study provides new insights into what controls the differences in the gut’s ability to fight infections, it will have far reaching far-reaching implications in the diagnosis and treatment of gut infections.