Home » Anti-Aging » Why height may not be on your side 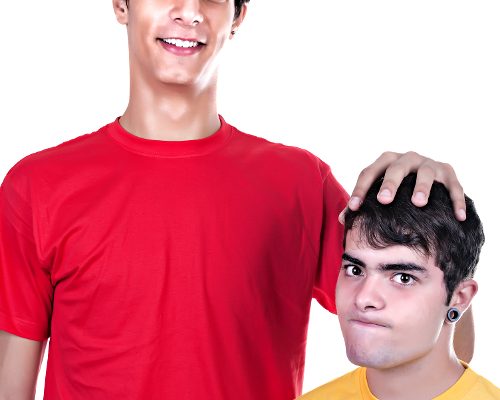 Shorter men might never have an NBA career, but they may have a real advantage when it comes to aging. New research shows they may live longer than their taller friends. I, for one, am happy to hear it!

Skepticism is understandable, because it’s no secret that North American society puts a premium on tall men. The average height for adult men is just above 5’9” in the United States and the National Institutes of Health reported that the “socially ideal” height is a lofty 6’2”.

Despite the fact it appears society prefers its men vertically gifted, recent research in Hawaii, where people live longer than in any other U.S. state, found that Japanese men lived considerably longer than men from ethnic backgrounds where being tall is more prevalent. The “Kuakini Honolulu Asia Aging Study” was conducted by the Kuakini Honolulu Heart Program. Participants were split into two groups, one group had men with heights under 5’2” and the other group included men who were 5’4” and taller.

RELATED READING: Improve your sex life with this one simple exercise

Those in the shorter group were found to live longer and the advantage increased with height. “The folks that were 5’2” and shorter lived the longest,” said study investigator Dr. Bradley Willcox. The results clearly showed that the taller you were, the shorter your lifespan.

“This study shows for the first time, that body size is linked to this gene,” said Dr. Willcox. “We knew that in animal models of aging. We did not know that in humans. We have the same or a slightly different version in mice, roundworms, flies, even yeast has a version of this gene and it’s important in longevity across all these species.”

In the second half of the 20th century, people in Japan, Greece, Hong Kong and China enjoyed some of the world’s most impressive longevity and have average heights and weights lower than those found in Europeans and North Americans. In the U.S. itself, the California Department of Health found that people of Asian background (who are considered to be shorter than average) live up to four years longer.

The Okinawans of Japan, are considered some of the shortest men in the world and they also have the world’s best longevity. Not only this, but their lives are often free of many of the common signs of aging. They remain physically active into their 90s, they have the world’s lowest rates of cancer and heart disease and they have low rates of bone fractures. Don’t forget, they are also shorter on average than not only North Americans, but those who are from other areas of Japan.

This new information doesn’t prove that being short means you will live longer by default, but it does suggest that our association with taller height and good health does not hold true.

Friends, forget wishing you were “tall, dark and handsome” and enjoy your shorter, long-living size.

Related Reading: Short people are at greater risk of this…