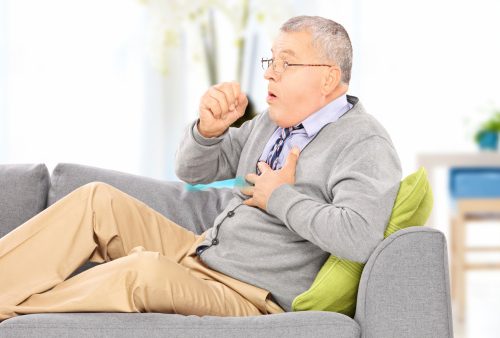 The Reno County in Kansas, is seeing the beginnings of a contagious outbreak of whooping cough.

Three new cases have been confirmed this week.

According to health officials, pertussis, commonly called whooping cough, is a highly contagious illness of the upper respiratory tract, caused the bacterium, Bordetella pertussis. These bacteria cling on to the tiny, almost invisible hairs that line part of the upper respiratory system. Once settled, the bacteria release toxins which cause redness and swelling (inflammation) of the mucus membranes.

Humans are the only carriers of the disease and it passes from person to person via personal contact. The most common method of spreading the disease is by coughing or sneezing out the bacteria while in the presence of others, who then inhale the pertussis bacteria. Symptoms usually develop within a week after bacteria enters the body, but sometimes the onset can be delayed by three to four weeks.

The disease usually starts with a mild cough or fever. After one to two weeks, patients will develop more severe coughing fits that are characterized by a long “whoop” at the end of the cough. Pertussis is most dangerous to babies and infants, as the coughing fits can cause vomiting and exhaustion.

According to the CDC, almost half of the pertussis infected babies who are less than a year old are hospitalized. The younger the infant, the more likely are the chances for hospitalization. Almost a quarter of the infants who are hospitalized with pertussis will end up with lung infection. And many will suffer with breathing problems, and other secondary infections such as brain infections.

While children are the most commonly affected, teens and adults can also get complications from whooping cough. In most adult cases, the complications are often a result of the cough itself. In some cases the cough can be so severe that it leads to rib fracture. In other cases the coughing fit can be so prolonged, the patient passes out from exhaustion or lack of oxygen supply.

Concerned that there could be micro-outbreak of this highly contagious disease, The Reno County Health Department is working along with the state to control the spread of the disease.

The CDC urges individuals that suspect they have pertussis to limit contact with unvaccinated children and see a physician as soon as possible.