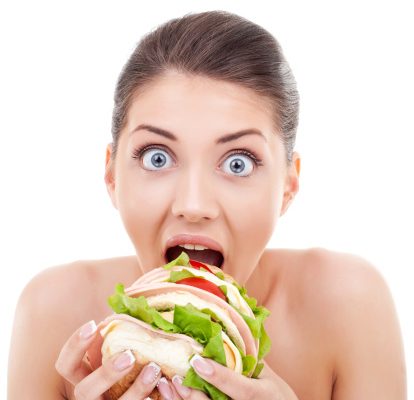 I have a confession to make.

I, like most North Americans, love eating meat. The tantalizing sizzle of a steak on the barbeque gets my mouth watering. The aroma of a steaming turkey roasting in the oven makes me tingle with excitement. The gargantuan-sized burger advertisement that I see on my way to the clinic every morning always makes me do a longing double-take. I’m careful to moderate how much meat I eat, and to balance my diet with vegetables, fish and whole grains, but there’s no use denying it – I get weak for meat.

And I’m not alone. Most of my patients are fellow meat-lovers, and just a few minutes of nutritional counseling quickly shows me that they tend to eat meat and animal products more often than any other food group in their daily diet. In fact, us North Americans are guilty of eating more than double the amount of meat than the average person worldwide. And our collective carnivorous cravings are spreading – world production of meat has tripled over the past 40 years, and has increased by 20 percent in the last 10 years.

There’s nothing wrong with meat, many argue. In fact, says Joseph Ferraro, anthropologist from Baylor University, humans have been eating meat for two million years, and this is just about the same time that we started to see human brain size and body size increase, and when humans started to travel more extensively around the globe. “It’s fair to say that meat eating is critical to our history,” Ferraro argues.

However, meat was never the predominant part of our diet. It was only ever a minor supplement that was difficult to hunt and rare to enjoy, topping off our primarily vegetarian diets with an extra boost of densely packed protein, fat and calories. Since then, recent technological advancements in meat farming have completely altered this nutritional balance, leading modern people to eat meat like never before, in proportions never available to our ancient Paleolithic ancestors. And the consequences of this diet shift are reflecting in the modern state of our health and in the modern state of our environment.

Should Meat Take the Heat for Our Health and Environmental Problems?

A recent health report found that North Americans who regularly ate lean meat had healthier profiles of essential protein, potassium, zinc and B vitamins than people who didn’t. On the other hand, Harvard researchers found that people who ate more than 3 ounces of red meat every day were 13 percent more likely to die of heart disease, cancer, and other causes than people who didn’t eat meat. People who consume processed meats daily, such as bacon and deli meats, increase their risks of early death to 20 percent. And if you think that cholesterol and saturated fats are all you have to worry about from a meat-heavy diet, then think again: excessive sodium and nitrates in processed meats, artificial hormone and antibiotic use in cattle and poultry, unnatural animal feeds leading to excessive fat percentages in meat foods, and several other common practices in meat production all lend to higher risks of iron overloading, infections, antibiotic resistant germs, heart disease, obesity, cancer, and several other diseases and health problems.

Excessive meat eating is also taking a toll on our environment. Cattle farming places huge demands on dwindling resources. Expanding production puts pressure on land, water and other resources. Crucial, irreplaceable rainforest habitats are being destroyed at an alarming rate to accommodate our insatiable hunger for beef, and 70 percent of American grain is used exclusively for feeding livestock. Think of it this way: an average farm cow uses up 1.5 million gallons of water and 7800 lb of grain. Now think of the thousands of people that could be effectively fed from that same food and water that was used to sustain just that one cow. Hardly sounds like an efficient and sustainable food system, does it?

The other thing you get from more animal farming is – you guessed it – more animal poop. Food farmed cows, pigs, sheep and chickens produce about 130 times more excrement than the entire American human population. And that creates more than just a stink – it creates very powerful and highly dangerous greenhouse gases in our atmosphere. Animals raised for food production are the largest sources of carbon dioxide, methane and nitrous oxide in our environment. These are dangerous greenhouse gases that lead to scary global warming effects like public health problems, environmental catastrophes, unstable climates, forest fires, coastal flooding, water and land pollution, animal and plant species extinctions, etc.

However, at the end of the day, even if neither the health consequences nor the environmental consequences of too much meat eating are powerful enough to curb your consumption, you may soon have little choice any way. It is widely accepted that, by 2050, the world population will soar to 9 billion people, requiring current food production to practically double. It doesn’t take a doctor to take one look at the current situation at hand – with 1 billion people in the world going chronically hungry and with meat production already barely holding up to demand – and recognize that there’s no possible way to sustain our current meat eating habits. New alternatives for food production must be found, that don’t deplete our health and our resources. And three such “meat” solutions are currently in the works by food scientists around the world, which aim to emulate the taste, texture and nutritional value of meat without all of the inherent problems of meat production and overconsumption. In fact, some of them are already showing up in the mainstream market. Take a look at where your next burger may be coming from…

1.      Edible Insects – The Ants Go Marching In To Modern-Day Cuisine

Although the thought of this may trigger some gag reflexes, the truth is that people have been eating insects for thousands of years, and many cultures around the world still do. Contrary to popular Western thinking, many edible insects are actually highly nutritious. According to the FAO, “mini-livestock,” like some species of adult locusts and grasshoppers, contain levels of protein comparable to that of raw beef, and they are also good sources of calcium, zinc and iron.

Another key point is that edible insects are enormously abundant, and they can be farmed far more efficiently than other traditional food animals. Mealworms, for example, can be produced using 90% less land and far fewer resources than are required to grow beef. Insects also produce far less greenhouse gases and ammonia than livestock. Insect farming requires less energy and costs substantially less.

Before you dismiss insect eating entirely, keep in mind that foods now considered expensive delicacies—such as lobster and shrimp (which also crawl about on “too many” legs)—were once considered the food of paupers. Clearly, attitudes and tastes can change over time. Grasshoppers, ants, mealworms, grubs, caterpillars—even wasps and silkworms—have all been eaten by traditional cultures in far flung places for centuries. Although not technically insects, even spiders are eaten in some parts of the world. A team of McGill University students has recently been awarded a $1 million dollar Hult Prize for their work in providing the world’s poorest countries with insect-infused flour – providing them with protein and iron fortified foods.

And whether you’re ready for it or not, edible insects are already starting to creep into North American mainstream cuisine; crushed up cochineal insects are widely used as a food coloring in popular foods and beverages sold nation-wide, and dishes like deep fried grasshopper and toffee covered mealworms are already making their way into trendy restaurants and dessert shops.

The most common argument for continued meat consumption is the fact that humans require amino acids and protein to live. But the plant world offers an abundance of amino acids and proteins as well, and can be combined in ways that make up all the protein we require in our daily diets. Plants require far less water and resources, create much less pollution and greenhouse emissions, are cheaper to grow, and can be turned around into market-ready food far faster than animal-based foods can.

And we’ve come a far way from just vegetarian burgers – better, tastier and more various plant-based meat substitutes are being developed every year, that mirror the healthy nutritional profile, the taste and the texture of meat while simultaneously hosting far more fiber and far less disease-causing fat and cholesterol than the real thing. While legumes, tofu, tempeh, seitan and quinoa are popular vegan meat alternatives, we’ve only just begun to explore the options available to us. So far, we’ve only begun developing about 8 percent of our planet’s potential plant-based protein sources; new protein-packed plants are continually being discovered all the time, minimizing our dependency on meat more and more.

Sounds like something out of a spacey science fiction movie, but believe it or not, this may be coming to a meat shop near you. This past year, Dutch scientists extracted some cow stem cells (which doesn’t harm the animal at all), cultured the cells to divide and develop into real strips of cow muscle, stretched and “exercised” the muscle fibers, minced them up with breadcrumbs and seasonings to form a patty, and then cooked it up to serve before the press as the world’s first in vitro beef burger on a hot, historic August day in London, England.

In vitro meat involves harmlessly extracting stem cells from real animals and then growing them into real tissues and animal parts in a laboratory. Animal welfare advocates applaud in vitro meat for its lack of animal cruelty and slaughter. And as far as its nutritional profile, it’s the closest we’ll get to the real thing because, well, it is the real thing – at least on the cellular level.

In vitro meat is an ethical and environmentally-friendly meat alternative solution that scientists hope will solve many of the pending food production problems we are facing. With a current price tag of $345,000, don’t expect to see test tube meat in your local meat market just yet. But the Dutch scientists are projecting that in vitro meat will become a more viable and sustainable option in the near future, and that it will become available commercially in the next twenty years.

There’s also a fourth alternative….and that’s simply to eat less meat each day. The Meatless Monday campaign is gaining popularity, asking people to eat no meat on just one day a week. Discovering more tasty and easy-to-make vegetarian dishes will make stepping away from meat dependency so much easier. And while, like me, you’ll probably continue to salivate at the sight of a juicy beef burger, cutting back on the amount of times you give in may lead you to discover what I have: that, in the end, the way your body feels and looks from eating a more balanced, plant-based diet will actually satisfy you a whole lot better.