Home » Health News » When’s the Last Time You Took a Peek in the Toilet? 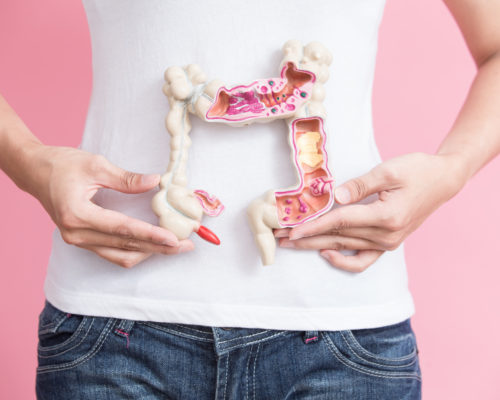 Nobody wants to look at their poop. You probably don’t even want to read about poop. But your poop has the potential to tell you a lot about your gut and colon health.

The shape, color, and consistency of feces are influenced by a number of factors. Diet, microbial populations, and even illness can show up in your poop. If you know what to look for.

Or should I say, if you ever happen to take a look.

The stuff that ends up in the toilet is whatever your body doesn’t need from the food you eat. Of course, if you’re constipated, that stuff may struggle to make it out. On the other hand, it can come rushing out instantly. All of that matters.

Texture, color, and shape are all factors to consider when identifying a “healthy poop.”

Here’s the lowdown on a few details worth noting next time you gaze upon the results of a bowel movement.

Color: The color of your stool can be as simple as the last thing you ate. But if it’s black and tarry, it could be indicative of iron supplementation or bleeding tumors in your digestive tract. Bacterial populations in the colon can also influence stool color.

Sometimes light-colored poop resembling clay or a light yellow can indicate inflammation in the liver, pancreas, or gallbladder. Red poop can mean there is blood present, caused by constipation, bleeding in the anus, or something more serious.

Pencil thin feces can indicate a blockage in the canal. Hemorrhoids and tumors are common causes, particularly if it is a new occurrence.

Texture: Fluffy, floating poop suggests you might not be absorbing nutrients properly or have a gastrointestinal infection.

Oily or greasy feces mean you’re likely not digesting fat very well, or that you’ve got an infection. Oily feces are also associated with celiac disease and problems in the pancreas.

Your feces aren’t always the only symptom of a potentially concerning health condition, but they can provide a little information. If you’re concerned about a major change in bowel movements or fecal matter, call your doctor.