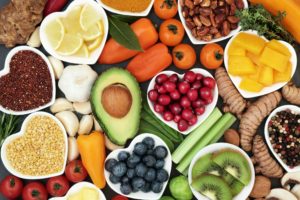 During the first week of September, news of a study broke that linked vegetarian diets to a higher risk for stroke. In fact, it found that vegetarians were more likely to suffer a stroke than people who ate red meat. Has all this information about plant-based diets and heart health been a big sham?

Not quite. For one thing, the research indicated that in total numbers, it would translate into only three more strokes for every 1,000 people over ten years. And although there was a slightly elevated risk for stroke among vegetarians, they also had a modest decrease in risk for heart disease. The only diet that seemed to not influence stroke risk and a lower likelihood of heart disease was going pescatarian—eating fish but no other meat.

Vegetarian diets are largely healthy; however, they aren’t always. If you’re eating whole, nutrient-dense foods and not processed ones, you’re doing a good job and will likely experience several health benefits including lower weight, less risk of type-2 diabetes, and a slimmer chance of heart disease and other chronic illness. But no diet is perfect.

Plant-based diets lack certain nutrients that may play a small role in stroke risk. For example, unless you’re supplementing, it is impossible to get vitamin B12. B12 is only available in meat products. Further, animal products also offer your body’s preferred source of iron, heme-iron. There is research—albeit non-conclusive—that a deficiency in one, or both, of these nutrients may boost the risk for stroke.

There is also some evidence that indicates very low levels of blood cholesterol—which may be likely for some vegetarians—may increase the risk of a hemorrhagic stroke.

Now, is a vegetarian diet dangerous? Not if you’re supplementing with vitamin B12 and if advised by a doctor, iron. However, the fact that excluding entire food groups from your diet is not necessarily the best idea—with processed food being the exception. Although it’s a wise idea to eat more plant-based foods, including unprocessed meat into your diet—and particularly fish—might be the best way to minimize stroke risk and promote optimal health.