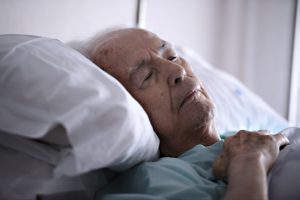 Do you nap a lot during the day? If you do, this is for you.

A growing body of research is indicating a strong relationship between sleep quality and the likelihood of Alzheimer’s.

And it seems like daytime naps offer plenty of insight. The association appears to be the more often you nap, the more concern is warranted for the most common form of dementia.

If you doze off occasionally, it’s unlikely you have too much to worry about. A late night, stressful day, or occasional bout of fatigue will always require some catch-up time. But if you’re spending a significant portion of most days in slumber—especially if you slept well the night before—it may be a signal of things to come.

A January study from researchers at the Washington University School of Medicine discovered a high level of tau protein coincided with poor quality sleep. Tau protein tangles are believed to play a major role in Alzheimer’s by disrupting communication between neurons and promoting cell death.

They found that people with more tau did not get good quality low-wave sleep, which is the type of sleep known for its regenerative, restorative, and refreshing benefits. Also interesting, people with higher levels of tau spend much more total time asleep, both during the night and during daytime naps. The daytime napping indicates a lack of restorative sleep.

Now, a brand new study is showing similar results, suggesting that daytime sleeping is a likely indicator of Alzheimer’s. This study suggests that tau protein tangles attack parts of the brain that encourage wakefulness, thereby making it difficult to stay awake during the day. The new research is published in Alzheimer’s & Dementia.

One key question remains: is daytime sleepiness, high levels of tau, and inadequate slow-wave sleep a symptom or contributor to Alzheimer’s? Without an answer to that question, it can be hard to know exactly how, or if, sleep can be used to your advantage.

Getting high-quality sleep, especially during the night, is associated with several health benefits. Therefore, aiming to get a good sleep overnight may be worthwhile. Avoiding alcohol and caffeine in the evening, focusing on stress management, and creating a relaxing sleep environment can all promote quality sleep. And if you’ve been sleeping your days away, it’s a good idea to get in touch with your doctor.