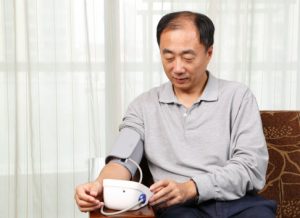 Globally, 600 million individuals had poorly controlled blood pressure in 1980, which rose to one billion as of 2008. This number is expected to rise 60 percent by the year 2025.

High blood pressure prevalence in Asian countries is also on the rise and has seen a spike in the past 30 years. This is mainly due to urbanization as well as adopting a Western lifestyle.

High blood pressure has unique features in Asians, such as how they respond to treatment, risk of complications, and outcomes. This contributes to high death rates and poor health as a result of stroke compared to Western populations.

The authors wrote, “Although evidence-based and qualified guidelines have been recently released from Europe and North America, the unique features of Asian hypertensive patients raise concerns on the real clinical applicability of these guidelines to Asian populations.”

Current Western guidelines are recommended at 140/90 mmHg for those with high risk cardiovascular disease and kidney failure. The authors suggest that this may be too high for Asians and they should be on more stringent targets.

Treating high blood pressure in Asian seniors is particularly challenging and Western guidelines could greatly increase the risk of stroke. The authors recommended that blood pressure be below 140/90 mmHg for Asians.

The authors concluded, “The paucity of data on the correct definition of the most appropriate [blood pressure] target in elderly patients, highlighted by the few available trials, should be perceived as a stimulus for future research in Asia, not as an argument for questioning the benefit of treatment.”