Home » Brain Function » Do this weekly to improve your brain function 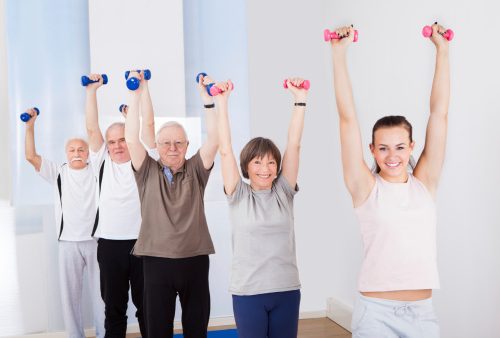 There is abundant research to support running, walking and other aerobic activities as methods for boosting the brain, but weightlifting has previously been overlooked. In recent findings, researchers opted to measure the effects of weightlifting and how it can work to improve the brain.

The findings of the study uncovered that light resistance-training – that’s right, no strenuous lifting required – can slow down the effects of age-related shrinking in the brain.

Throughout the average lifespan, our brains add and shred neurons and connections. Additionally, they remodel and repair themselves as a response to our lifestyle changes and how we exercise.

By middle-age it has been found that holes and lesions within the brain’s white matter – this is the part of the brain that connects and passes messages between different areas of the brain – are healing slower or not at all. 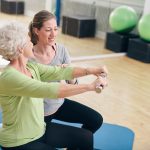 Before any warning signs or changes occur in memory, these holes and lesions have formed and remain for quite some time. As the years go by, these holes and lesions become wider and continue to grow, which begins to shrink our white matter and affect the way we think. Scans have shown that older adults with many lesions and holes in white matter are more likely to suffer from cognitive impairment.

For the latest study, researchers at the University of British Columbia investigated which types of exercises would most benefit white matter in the brain. Weight training was the primary focus as it offers many benefits to building muscles, which also shrink and grow larger like the brain does.

Women between the ages of 65 and 75 were used for the study. They underwent a brain scan, and the researchers focused on 54 women who showed brain lesions on white matter. Gait speed and mobility were tested and the women were then separated into three groups.

One group conducted a supervised, weekly program of light upper and lower body weight training. The second group did the same training twice a week and the third group did stretching and balancing twice a week. Each group completed their routines for a year.

The women in the group that completed weight training twice a week saw the most significant improvements, with less shrinkage and lesions of white matter. The women who completed stretching and balancing had the worse progression of white matter decline, and thus experienced a slowing of their gaits.

The women who weightlifted twice a week were also able to walk quicker and more smoothly when compared to the other groups.

The findings suggest that light weight training twice a week is substantial enough to slow down brain shrinkage and lesions in the white matter of the brain, thus contributing to improved overall brain function.

The take home message here is that by pairing aerobic and weight-training exercises you can maintain a healthy brain for many years to come.

Boosting brain power and keeping a sharp memory are important goals to live a satisfying life. With that in mind, you might want to put down that candy bar and supersized soda and reconsider your options. What you eat (and don’t eat) can affect your waistline, your disease risk and your brain power. Continue reading…

Inflammation playing a role in type-2 diabetes is nothing new, but the reduced blood flow that results has also been linked to memory loss and dementia in the elderly. Over the last decade more research has looked at diabetes and the brain. Just this summer, a study published in the journal Neurology outlined that reduced blood flow and blood vessel capability speeds up cognitive impairment. Continue reading…