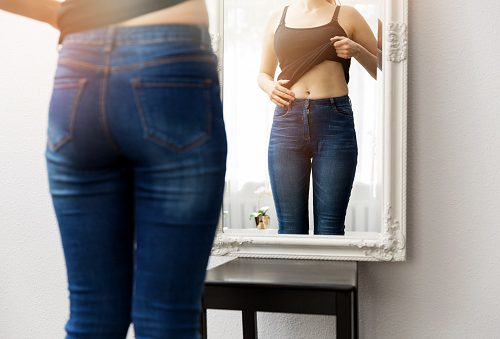 During our younger years, we were more daring, had near endless stamina, and could eat to our heart’s content without gaining significant amounts of weight. But sadly, this doesn’t last, for as we age, our metabolism naturally slows down and forces us to do less of the things we took for granted in the past.

Weight gain is one of these aspects. As time passes, many adults gain weight at a slow and steady pace. This is troubling because the weight creeps up on you. It generally happens over years until there is a moment you take a long look in the mirror and wonder where you went wrong.

New research into mid-life weight gain suggests that even a few extra pounds can increase your risk of chronic diseases such as type 2 diabetes and high blood pressure.

“People don’t become obese overnight. On average, people gain about a half a pound to a pound per year. Most people gain weight all the way to 55 and up. But once you cross the obesity threshold, it’s difficult to go back. This study provides very strong evidence that prevention of weight gain is very important,” said the study’s lead author Dr. Frank Hu, a professor in the departments of nutrition and epidemiology at Harvard T.H. Chan School of Public Health in Boston.

Looking at weight gain throughout time

The study found that for every 11 pounds gained, the risk of diabetes went up by 30 percent, the risk of high blood pressure increased by 14 percent, and the overall risk of heart disease and stroke was eight percent.
Additionally, a six percent increase in obesity-related cancer was seen, a five percent higher risk of dying prematurely, and a 17 percent decrease in the odds of healthy aging with the same amount of weight gain as previously stated.
It goes without saying that those who gain significantly more weight dramatically increase their risk for chronic illnesses. Diabetes risk was seen to increase more than 10-fold in people who gained 44 pounds or more, with high blood pressure risk more than doubling.

While the study did not directly prove that weight gain was the cause of this outcome, it is known that excess weight can lead to these health risks.

The researchers say that changes like pregnancy can cause weight gain. However, it is still unknown if changes in physical activity or nutrition from young adulthood to middle age is what’s behind the observed findings.

Dr. Hu suggests getting into the habit of monitoring your weight on a regular basis throughout your life, especially during life transitions such as getting married or becoming pregnant. It is never too late to start losing weight, but it can become much harder the heavier you get.