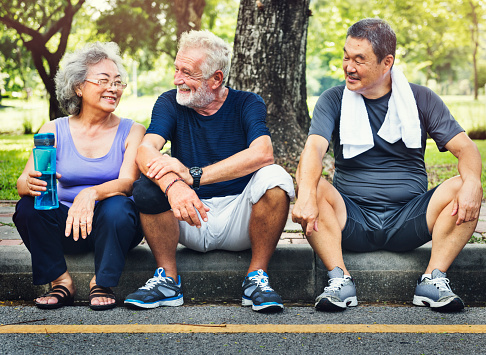 Engaging in physical activities on the weekend can help reduce the risk of death from cardiovascular disease (CVD) and cancer. Research has shown that being physically active even once or twice a week results in a lower mortality risk. This association is true even for people who do not meet the recommended exercise levels. Yet, for optimal results, one should try and meet or exceed the physical activity recommendations.

It is well known that regular physical activity can help reduce all-cause mortality and it has long been advised as a tool to manage weight, cholesterol, and blood pressure. The World Health Organization recommends at least 150 minutes of moderate activity a week or 75 minutes of intense activity – or any combination of the two.

What has been unclear is just how much one needs to make a difference to their health.

Senior author associate professor Emmanuel Stamatakis from the University of Sydney explained, “Compared to inactive people, the results reveal that the insufficiently active, weekend warriors and people with regular physical activity patterns had reduced risks of all-cause, CVD, and cancer mortality. This finding persisted after adjusting for potential confounders, prevalent chronic diseases, and excluding those who died in the first two years of the study.”

“These results mean that ‘weekend warriors’ and other leisure-time physical activity patterns characterized by one or two sessions per week may provide beneficial health outcomes event when they fall short of physical activity guidelines,” concluded Prof. Stamatakis.

Cardiovascular disease mortality in elderly can be lowered with physical activity: New study