Home » Healthy Eating » Walnuts found to be a great probiotic 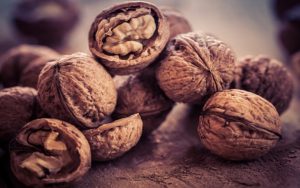 Nuts are a super food that provides the body with important vitamins and nutrients. Some nuts are even rich in omega-3 fatty acids, antioxidants, and fiber, helping to promote overall well-being. New research has found that walnuts, in addition to the previously mentioned benefits, may also be beneficial to the gut microbiota.

Gut microbiota or gut flora has become the subject of extensive research in recent years with the identification of specific species of bacteria and their role in the digestive system and the body as a whole.

Bacteria in the gut

Your intestinal tract is home to over 100 trillion microbial cells that influence human physiology, metabolism, nutrition, and immune function. Disruption of this ecosystem has even been linked to conditions such as obesity and inflammatory bowel disease.

To help study this component of the body, mouse models were chosen as subjects. Walnuts were added to the diet of one group while the other group’s diet contained no walnuts. Measurement of the types and numbers of gut bacteria were taken and compared between the two groups.

The researchers found changes in the rodents who ate walnuts. Most notably, there was a significant increase in beneficial bacteria like Lactobacillus.

“We found that walnuts in the diet increased the diversity of bacteria in the gut, and other non-related studies have associated less bacterial diversity with obesity and other diseases like inflammatory bowel disease. Walnuts increased several bacteria, like Lactobacillus, typically associated with probiotics suggesting walnuts may act as a prebiotic,” said Lauri Byerley, head of the study.

The researchers say that a greater diversity of gut bacteria may be associated with better health outcomes, and many studies support this notion.

Walnuts have positive effects on the body

Walnuts were already associated with reducing cardiovascular risk, slowing tumor growth in animals, and improving brain health. Promoting the numbers and activity of beneficial bacteria is just another great benefit.