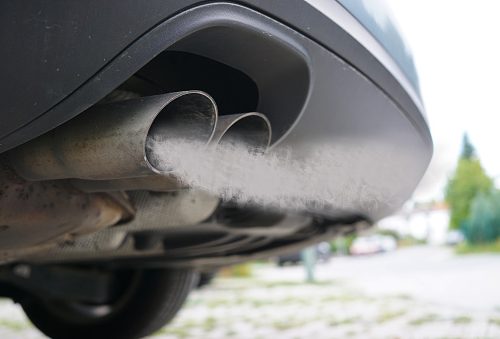 Volkswagen’s emission cheat is expected to cause 60 premature deaths in the U.S. The findings come from researchers at MIT. Earlier this year, the car company admitted to cheating on 482,000 emissions tests for diesel vehicles sold in America.

The car manufacturer installed “defeat devices,” which would sense when a vehicle was undergoing an emissions test and only then engage the car’s emissions-control. During regular, day-to-day driving the emissions-control was off. This cheat allowed vehicles to emit 40 times more emissions than what is allowed in the Clean Air Act.

The study found that the amount of pollution emitted by the number of cars sold and extrapolated over the population could have serious health consequences.

Aside from premature death, the researchers found the emissions from the vehicles could contribute to 31 cases of chronic bronchitis and 34 hospital visits for respiratory issues. Furthermore, these emissions can lead to 120,000 minor restricted activity days, and 210,000 lower-respiratory symptoms days.

The health costs of Volkswagen’s cheat is estimated at $450 million, but if the recall is done by the end of 2016, it could save an additional $840 million.

Steven Barrett, lead author, said, “It seemed to be an important issue in which we could bring to bear impartial information to help quantify the human implications of the Volkswagen emissions issue. The main motivation is to inform the public and inform the developing regulatory situation.”

To achieve their findings researchers based their calculations on estimates presented by researchers at West Virginia University. The researchers averaged the amount of time each vehicle would be driven for and combined those results with the number of sales made in the U.S. to estimate total emissions.

Emission calculations were then made for three scenarios: The current scenario of 482,000 vehicles sold that have already released emissions, a scenario if Volkswagen would recall all vehicles by the end of 2016, and a future if there is no recall.

Health outcomes were then predicted under each scenario using a method that stimulates public exposure. Barrett added, “We all have risk factors in our lives, and [excess emissions] is another small risk factor. If you take into account the additional risk due to the excess Volkswagen emissions, then roughly 60 people have died or will die early, and on average, a decade or more early.”

“If nothing’s done, these excess emissions will cause around another 140 deaths. However, two-thirds of the total deaths could be avoided if the recalls could be done quickly, in the course of the next year,” Barrett concluded.