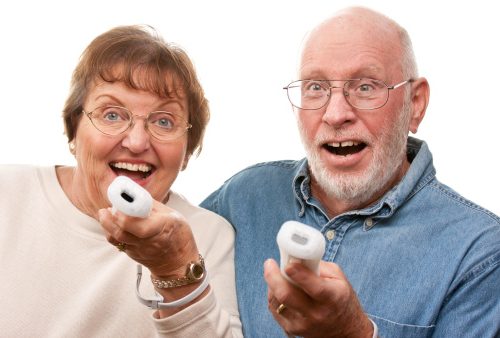 A small Swiss study has shown the exercise benefits of the Wii Fit Plus system for middle-aged or older adults with diabetes. Senior author, Dr. Arno Schmidt-Trucksäss, said, “Motivation to exercise is a major unsolved issue in patients with diabetes, especially type 2. Alternatives are urgently needed and enjoyable exercise while playing a game might be one.”

The American Diabetes Association recommends 30 minutes of physical activity a day, with a variety of aerobic and strength training.

For the study researchers recruited 12 overweight or obese adults with type 2 diabetes – 10 of the participants were male.

Participant’s maximum and average oxygen consumption during peak exertion on a treadmill was recorded. Days later the same measurements were taken while participants played three 10-minute games on a Wii Fit Plus system, such as boxing or cycling.

Heart rate and resting energy expenditure during the Wii Fit games were brought into the same range as participating in aerobic exercises. Additionally, participants reached 40 percent of their maximum oxygen consumption, which was achieved at maximum peak on the treadmill.

Dr. Schmidt-Trucksäss added, “It could be even more but to start with an intensity just above 40 percent of maximal oxygen uptake is enough in order not to discourage people. Further, it should be pointed out, that they chose the exercise intensity by themselves.”

Deborah Thompson, Ph.D., of Baylor College of Medicine in Houston added, “These results suggest that exergames may offer an alternative way to meet guidelines. We need to keep in mind that to receive benefits, a specific exercise needs to be performed routinely and consistently, most days of the week. For people to do this regularly it needs to be fun, available and affordable.”

Video games or exergames, like those played on the Wii Fit system, may benefit those with younger children at home, but they may not be suited for everyone. It is still important that however a diabetic adults chooses to get active, they work hard to stick with a routine in order to better manage diabetes.

Dr. Thompson concluded, “Particularly if they are not working out now, they need guidance on some of the signs that maybe they’re overexerting or getting hypoglycemic. There are lots of things that a physician can talk with them about.”