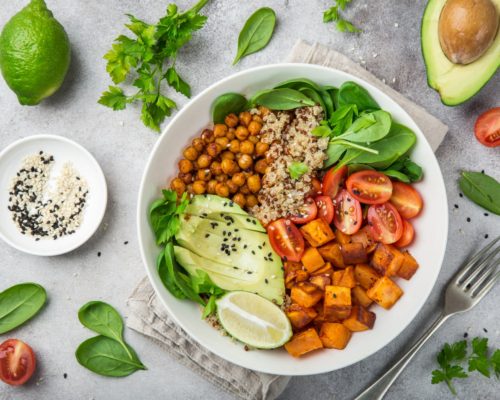 The latest research findings suggest that a vegan diet can reduce heart-damaging inflammation more so than diets recommended by the American Heart Association.

The study included 100 patients with heart disease, which was defined as having one narrowed artery. Half of the participants were randomly assigned to adhere to a vegan diet and the other half followed a heart diet recommended by the American Heart Association. Participants also completed a 24-hour diet recall randomly twice a week.

The study lends evidence that consuming a diet with meat may trigger inflammation. This is why it’s so important to reduce your meat intake or consume leaner cuts of meat as a means of reducing inflammation. Lastly, the majority of your meal should come from plant sources, which offer plenty of nutrients along with protein.