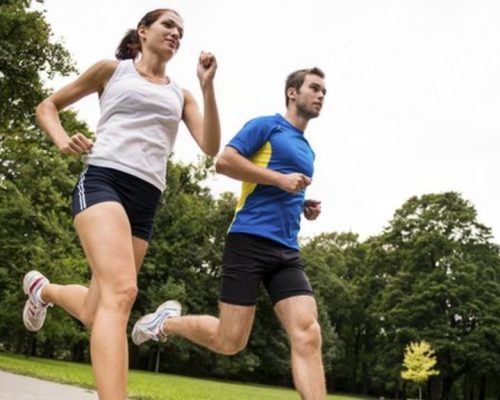 According to a small study of 17 adults suffering with rheumatoid arthritis (RA), a new technique may improve the stubborn symptoms.

The new technique is actually not so new, as it has been used for a long time now to treat and control seizures in patients with epilepsy. The technique called vagus nerve stimulation (VNS) uses electronic stimulation of the vagus nerve that runs from the brain to the gut. The study found that in six weeks, most patients showed improvement in joint swelling and other symptoms. The actual treatment performed with the device involves surgically implanting it under the skin of the chest with a wire connecting it to the vagus nerve in the neck. The implant is then programmed to send electrical impulses to the nerve.

Rheumatoid arthritis is an autoimmune condition in which the immune system mistakenly attacks the lining of the joints throughout the body, causing swelling, pain, and stiffness. Over time, this can cause irreparable damage to the joints. The vagus nerves pass through the neck and chest and into the abdomen, affecting many parts of the body. Fibers that are connected to these nerves act as a protective mechanism and are shown to reduce and play a key role in inflammation. Animal studies have already shown that stimulating the vagus nerve reduces the production of inflammatory chemicals such as tumor necrosis factor (TNF) and interleukin-6 by the immune system. This suggests it works similarly to many of the standard drugs used to treat rheumatoid arthritis, called “biologics” — such as Enbrel, Humira, and Remicade.
“This isn’t pie in the sky. It’s a potentially viable alternative to what’s available now for RA,” said Dr. David Borenstein, a rheumatologist at George Washington University Medical Center in Washington, D.C.

For the study, the research team implanted a VNS (vagus nerve stimulation) device in 17 patients with rheumatoid arthritis. Seven were in the earlier stages of the disease and had no response to the anti-inflammatory drug methotrexate. The remaining 10 had more advanced disease and had failed to improve after trying at least two biologic drugs.

Surprisingly, just six weeks after the VNS devices were implanted, most of the patients were doing better, the study found. Seventy percent showed a 20 percent improvement in symptoms like tender, swollen joints, and 57 percent of those in the early stages of the disease showed a 50 percent reduction in overall symptoms.

There was no control group, Borenstein pointed out, but symptom improvements were comparable to what’s typically seen with biologics. The only side effect noted with VNS treatment is hoarseness, a known issue associated with this treatment.

More studies are needed to see how vagus nerve stimulation might fit into RA treatment. It is still unclear how long the benefits last or what side effects there could be in the long run. Because VNS works in a similar way to biologic drugs, there is potential risk for the same side effects such as increased risk of infections.

Although further trials must be done, this treatment has proven safe and effective for epilepsy patients. The researchers speculate about the possibility of using vagus nerve stimulation as a complementary therapy, along with medication, and the possibility of implementing breathing techniques, which also stimulate the vagus nerve, into the treatment.

The study was funded by SetPoint Medical, a company that is developing “neuromodulation” therapies for rheumatoid arthritis and other diseases.