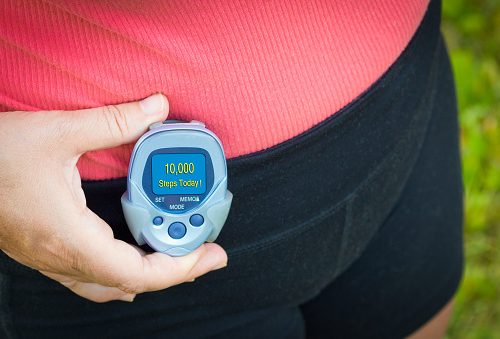 Feeling tired and fatigued is something we can all relate to. However, some individuals have preexisting conditions that predispose them to feelings of excessive tiredness—more so than the average person. Rheumatoid arthritis is one of these conditions, as due to damage to the joints, RA sufferers become very tired after short bursts of activity. However, according to a new study, keeping rheumatoid arthritis patients preoccupied with the number of steps they take through the use of a pedometer has allowed researchers to see increases in activity and decreases in overall fatigue.

Rheumatoid arthritis (RA) is a chronic inflammatory disorder that can affect the joints as well as a wide variety of body systems, including the skin, eyes, lungs, heart, and blood vessels. It is an autoimmune disorder where the body’s own immune system begins to attack itself. This often leads to inflammation, causing painful swelling that can eventually result in bone loss and joint deformity. Factors that may increase your risk of developing rheumatoid arthritis include:

Your sex: Women are more likely than men to develop the condition

Age: RA can occur at any age, but commonly begins between the ages of 40 and 60 years old

Family history: Having someone in your family who has had the condition before may increase the chances of development

Smoking: Cigarette smoking has been seen to increase the risk of RA, particularly if there is a genetic predisposition for developing the disease. Smoking appears to also be associated with greater disease severity
Environmental exposures: Despite being poorly understood, exposure to certain things such as asbestos or silica increases the risk of developing rheumatoid arthritis. It has been documented that emergency workers exposed to dust from the collapse of the World Trade Center are at higher risk of autoimmune diseases such as RA.

Obesity: Overweight or obese individuals appear to have a marginally higher risk of developing rheumatoid arthritis. This was seen to hold especially true in women diagnosed with the disease when they are 55 years old or younger.

Treatment for Rheumatoid arthritis typically leans towards symptom relief, as there is no cure for the disorder. Physical therapy and even surgery can be options that patients may choose if pharmaceutical treatment doesn’t suffice. Of the symptoms that RA medication aims to alleviate, fatigue is not one of them, making this study a positive form of alternative treatment.

“Because rheumatoid arthritis medications have only small effects on fatigue, it’s important for patients to have other ways to manage their fatigue,” said Dr. Patricia Katz, lead author of the Arthritis Care & Research study. “These results suggest that something as simple as increasing physical activity by walking can help.”

The study in question had a control group that did not receive pedometers, and researchers saw an average daily step decline with no significant change in fatigue levels. Dr. Katz and her colleagues consider these findings in her study significant, as fatigue can have an impact on the quality of life for patients with RA.