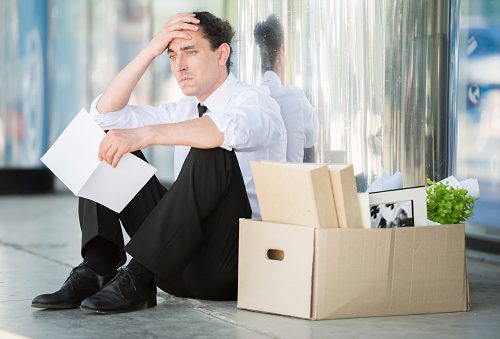 Working is something that we have to do in some form or another throughout our lives. This often means getting a job that we enjoy doing or pursuing a career doing something we love. The main objective for this is primarily to make money, as it helps us support ourselves and our family. But what we don’t realize is how staying employed affects our physical and mental health—a new study has found that those with a previous history of heart failure had a higher death risk if unemployed.

Researchers at the Copenhagen University Hospital in Denmark say that the ability to work may help predict a heart failure patient’s chance of survival, according to data collected in a preliminary study. They found that joblessness was tied to a 50 percent higher risk of death in younger patients with heart failure. Not only this, but it was found that those without a job have been associated with increased risk of depression, mental health problems, and even suicide.

The researchers believe that unemployment could be viewed as having an overall negative impact on a person’s health and that recognizing the reasons why people are unable to work may lead to solutions on how it can be remedied or even prevented.

The study in question that led researchers to this line of thought involved more than 21,000 adults between the ages of 18 and 60. All the participants had been hospitalized for the first time with heart failure between 1997 and 2012, with 55 percent of them working at the time of their hospitalization. Each patient was followed-up for an average of about three years. During this time, 16 percent of employed and 31 percent of unemployed patients died. Meanwhile, 40 percent of employed and 42 percent of unemployed patients were hospitalized for heart failure.
This data led the researchers to conclude that unemployed heart patients with heart failure had a 50 percent higher risk of death during the study period and a 12 percent higher risk of rehospitalization for heart failure than those who were employed. These numbers were reached after adjusting for age, sex, education level, and other health problems.

Interestingly, the researchers also found that unemployment was associated with a higher risk of death than a history of diabetes or stroke during this particular study. However, the association between unemployment and an increased risk of early death was the only objective in this study and it is not a causal relationship. The researchers admit there are likely many other factors that contribute to this association.

“Employment status is more than just a physical measurement as it also has an influence on quality of life, and has been shown to be important for mental health and well-being. Thus, both from a physical and psychological point of view, it makes sense to include employment status in the evaluation of young heart failure patients’ prognosis,” said lead author Dr. Rasmus Roerth.