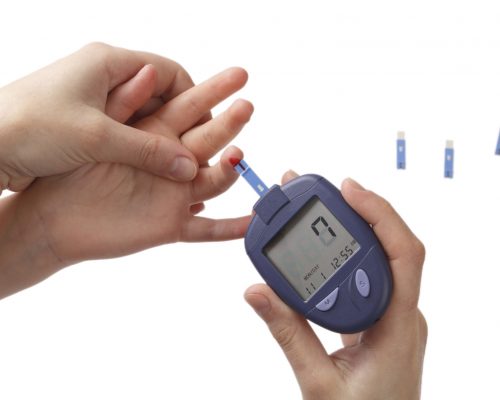 Youth who use antipsychotic drugs have a higher risk of type 2 diabetes according to new research. “The take-away [message] is that type 2 diabetes is a risk when treating youth with antipsychotics, especially long-term, and antipsychotics should therefore be used judiciously and for as short a period as necessary and possible,” said senior author Christoph U. Correll.

Corell added, “The fact that even compared to psychiatrically ill patients, the cumulative type 2 diabetes risk and the exposure-adjusted risk were still 2.1 times and 1.8 times higher in youth exposed to antipsychotics indicates that antipsychotics play a major role.”

“Research is specifically needed that tests lower-risk pharmacologic and nonpharmacologic interventions that may be used effectively before or instead of an antipsychotic when treating nonpsychotic conditions. This need pertains especially to youth presenting with severe mood or behavioral dysregulation, irritability, and aggression, for whom antipsychotics are used a lot, often without even providing psychosocial treatments,” he added.
There is a concern that more and more youth are being prescribed antipsychotic drugs and yet the effects of these medications are largely unknown. David Rubin, MD, codirector of PolicyLab at the Children’s Hospital of Philadelphia and professor of pediatrics at the Perelman School of Medicine, said, “My major concern is the frequency of use we are seeing for these medications among youth with disruptive behaviors or attention-deficit disorder. I don’t believe the evidence supports the use of these medications in many of these cases. I also worry about how trauma exposure in children can impact the behaviors they display. The answer for this group of youth, and they are many, is not sedation through antipsychotics, it’s trauma-focused therapies and the nurturing of stable, attached relationships in their lives.”

Rubin recommends that doctors should work to minimize the use of drugs in youth. Even though the risk of type 2 diabetes is low, it should still be taken as a serious concern and be considered prior to prescribing antipsychotic drugs.

The findings were published in JAMA Psychiatry.