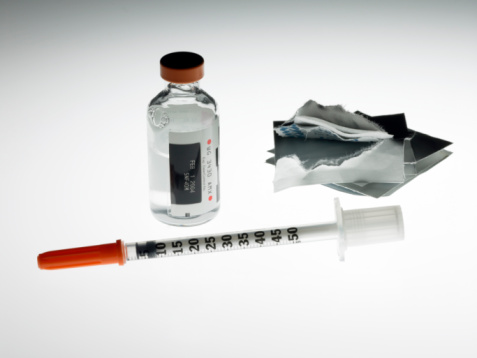 The researchers used mice model as well as human muscle and blood samples to conduct their study.

Senior author Dr. Zoltan Arany said, “This research sought to answer a few large questions. How does fat get into skeletal muscle? And how is the elevation of certain amino acids in people with diabetes related to insulin resistance? We have appreciated for over 10 years that diabetes is accompanied by elevations in the blood of branched-chain amino acids, which humans can only obtain in their diet. However, we didn’t understand how this could cause insulin resistance and diabetes. How is elevated blood sugar related to these amino acids?”

The researchers found that a byproduct of the breakdown of these amino acids known as 3-HIB is secreted from muscle cells and activates cells in the vascular wall to transport more fat into skeletal muscle tissue. In mice, the accumulation of fat within the muscles is what contributed to insulin resistance.

Dr. Arany explained, “In this study, we showed a new mechanism to explain how 3-HIB, by regulating the transport of fatty acids in and out of muscle, links the breakdown of branched-chain amino acids with fatty acid accumulation, showing how increased amino acid flux can cause diabetes.”

“The discovery of this novel pathway – the way the body breaks down these amino acids that drives more fat into the muscles – opens new avenues for future research on insulin resistance, and introduces a conceptually entirely new way to target treatment for diabetes,” Dr. Arany concluded.

As mentioned, insulin resistance is the body’s lack of ability to properly use insulin. Normally, when a person has a meal, blood glucose levels rise triggering the pancreas to produce insulin. Insulin then travels through the body absorbing the excess glucose, which is used for energy. This absorption of glucose causes levels to fall again back to normal range.

In patients with insulin resistance, insulin is less effective at absorbing the excess glucose, so additional insulin is produced in order to complete the job.

Although at first insulin resistance does not present any symptoms, over time the overworked pancreas will stop producing insulin, causing blood glucose to remain high and leading to type 2 diabetes.

The good news is, there are natural ways to make insulin more responsive. The first step is being more physically active. Building more muscle means there is more muscle to absorb excess glucose.

Weight loss is also beneficial to prevent insulin resistance as there is less fat for insulin to permeate through.

An insulin pill is being developed to help better manage blood sugar for those with diabetes. The drug technology may also be beneficial in other illness treatments as well. The research comes from UC Santa Barbara. Continue reading…