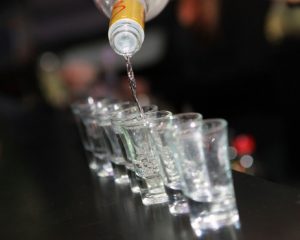 Researchers have found that a common drug used to treat type 2 diabetes and obesity is also effective at treating alcohol addiction. The findings come from the University of Gothenburg in Sweden, where researcher explained alcohol addiction is a large problem in today’s society, costing Sweden billions of dollars a year to treat.

Alcohol addiction is a serious health problem that can contribute to many health consequences – including death. The recommended number of drinks per week in Sweden is 14 for men and nine for women. Researchers found that 15 percent of the population consumes more than this.

Researchers uncovered that interfering with the hormone GLP-1 has the potential to treat alcohol addiction. Medication is currently available to interfere with GLP-1 as a means to treat type 2 diabetes and obesity. When we consume alcohol dopamine is released, which makes us feel good. The medication blocks the increase in dopamine, meaning you no longer feel pleasure from drinking it.

The findings were uncovered by administering the medication to rats. Not only did the rats no longer enjoy consuming alcohol, but they actually decreased their intake while on the medication. Furthermore, the medication reduces relapse, which is another important aspect for those who are eliminating alcohol. Researcher Elisabet Jerlhag said, “The GLP-1-like substance reduced the alcohol consumption by 30-40 percent in rats that drank large quantities of alcohol for several months.”

GLP-1 works by releasing itself in the intestines when we eat, making us feel full and satisfied. This reduces the amount of food a person eats. Jerlhag added, “The results of the present study suggest that the physiological role of GLP-1 extends beyond glucose homeostasis and food intake regulation and includes modulation of development of alcohol dependence. In addition we suggest that medications that resemble GLP-1 could be used to treat alcohol dependence in humans. This will now be studied further.”

The findings were published in Addiction Biology.