Home » Health News » Type 2 diabetes may be prevented with walking 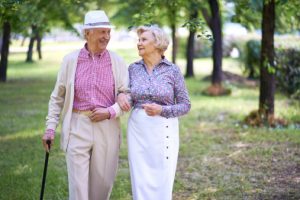 Study author Dr. William Kraus said, “We know the benefits of lifestyle changes … but it is difficult to get patients to do even one behavior, not to mention three. When faced with the decision of trying to do weight loss, diet, and exercise versus exercise alone, the study indicates you can achieve nearly 80 percent of the effect of doing all three with just a high amount of moderate-intensity exercise.”

The study included 150 people with prediabetes divided into four groups. One group followed a gold-standard program that included a low-fat, low-calorie diet and moderate-intensity exercise equivalent to 7.5 miles of brisk walking a week.

Coauthor Cris Slentz, said, “Another way to say it is that a high amount of moderate-intensity exercise alone provided nearly the same benefit on glucose tolerance that we see in the gold standard of fat and calorie restriction along with exercise.”

Dr. Kraus concluded, “We believe that one benefit of moderate-intensity exercise is that it burns off fat in the muscles. That’s important because muscle is the major place to store glucose after a meal.”