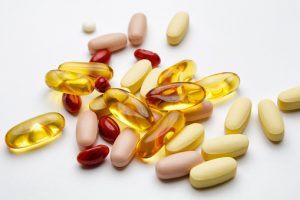 You may want to fill up on more sweet potatoes, butternut squash and those dark leafy greens; a lack of vitamin A – usually found in these foods – could be behind type 2 diabetes.

A new study by New York’s Weill Cornell Medical College, published in The Journal of Biological Chemistry, revealed that a vitamin A deficiency is a potential driver of type 2 diabetes. In fact, the findings could open the door to new treatments for the condition.

Link between type 2 diabetes and vitamin A deficiency 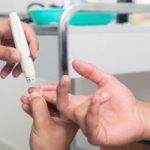 Around 95 percent of all diagnosed cases of diabetes is type 2, making it the most common form of diabetes in the United States. The condition is marked by insulin resistance, for the most part. That’s when insulin-producing beta cells in the pancreas are no longer able to function efficiently.

To find out more about the link between type 2 diabetes and vitamin A, researchers at Weill Cornell Medical College looked at the beta cells of two groups of adult mice. One group of mice was genetically modified so that they were unable to store dietary vitamin A. The other group, meanwhile, was able to store the vitamin normally from foods.

What researchers discovered was that the laboratory mice who were unable to store vitamin A also experienced beta cell death. In other words, the mice were unable to produce insulin. 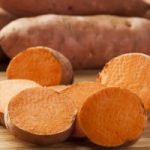 What’s more, when researchers removed vitamin A from the diets of healthier mice, they noticed that this led to a great deal of beta cell loss. It resulted in far less insulin being produced and much higher blood glucose levels. Nevertheless, whenever researchers restored vitamin A to the diets of the mice, beta cell and insulin production rose steadily, and blood glucose levels returned to normal.

Interestingly, previous studies showed that during fetal development, vitamin A is vital for beta cell growth. But it was never clear whether vitamin A played the same role all throughout adulthood.

Typically, vitamin A is found in fruits, vegetables, meats and dairy products. It boosts cell growth, contributing to better vision and a healthy immune system. There are two types of the vitamin: preformed vitamin A, also known as retinol – present in meat, poultry, fish and dairy products; and pro-vitamin A, or beta-carotene – found in a number of fruits and vegetables.

There is some evidence to suggest too much preformed vitamin A isn’t good for you, putting you at increased risk for hip fracture, and can interfere with the beneficial actions of vitamin D in the body. So the studies emphasize vitamin A from produce, especially from healthy sources such as spinach, kale, sweet potatoes and squash. Get more of these on your plate more often!

Eat more greens to protect yourself from vitamin A deficiency 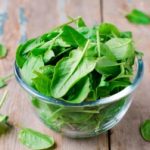 Vitamin A deficiency – or VAD – happens when there’s insufficient vitamin A needed for growth, development and physiological functions, not to mention those periods of stress brought on by illness. Vitamin A stimulates the production and activity of white blood cells, key to keeping your immune system running strong.

In the future, a synthetic form of vitamin A may provide added insurance. And it just might help reverse type 2 diabetes, according to Weill Cornell Medical College researchers.

But in the meantime, make those dark leafy greens a staple in your diet.