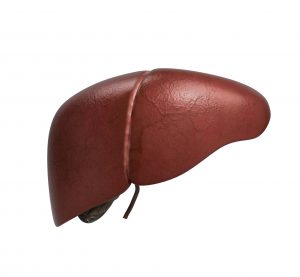 A detailed study presented at The International Liver Congress 2016 in Barcelona, shows that exenatide – a diabetes drug that gets the pancreas to improve glucose absorption – also helps increase glucose uptake and reduce insulin resistance in fatty cells (adipose tissue) and in the livers of NAFLD patients.

Non-alcoholic fatty liver disease (NAFLD) is a common condition in which fat builds up in the liver, causing inflammation. This sort of fat-induced inflammation can eventually lead to permanent scarring (cirrhosis), which in turn can seriously impair the liver’s ability to function. Closely associated with obesity and diabetes, NAFLD can have grave consequences and is, therefore, being seen as an important public health problem, globally.

According to lead author of the study Dr. Amailia Gastaldelli, the benefit of using injectable diabetes treatments on tissues other that the pancreas has been a topic of discussion for many years now. The current study went about putting that theory into practice. To better understand the benefits exenatide could offer to a wider group of patients, the team set out to evaluate its effects on the liver and adipose tissue.

In a double-blinded study involving male participants, the researchers divided the participants into two groups. One group was injected with exenatide and the other group with a placebo. Thirty minutes later, participants in both groups were subjected to an oral glucose test that measured glucose uptake in abdominal adipose tissue and in the liver tissue.


Fatty liver and its link with type 2 diabetes

NAFLD is the most common chronic liver disease in America, but it is very hard to diagnose as it often dodges blood tests and physical exams. During a physical exam, some non-alcoholic fatty liver disease patients might experience discomfort or tenderness, but for the vast majority, there are no outward symptoms. Obesity is a simple indicator, but not a conclusive diagnosis. The most reliable way to diagnose NAFLD is via a liver tissue biopsy, or even an MRI scan, both of which are expensive propositions. A more economical, though less precise way is a regular ultrasound scan of the abdomen.

The links between NAFLD and type 2 diabetes are particularly well documented. In fact, according to Kenneth Cusi, MD, an endocrinologist at the University of Florida in Gainesville, 80 percent of people with diabetes have fat in the liver.

As more study results keep pouring in, researchers are beginning to realize that the connection is no coincidence. Because the liver plays such an important role in regulating the body’s blood sugar, fatty buildup in this vital organ makes it harder to control fasting glucose levels. Fat in the liver also makes the body more resistant to insulin, puts added strain on the beta cells of the pancreas, and speeds up the arrival of type 2 diabetes. To put it succinctly, if you have fatty liver, diabetes is harder to control.

If there’s fat in your liver, think very seriously about lifestyle changes and talk with your doctor about natural supplements. There is no point burdening an already burdened liver with more drugs and chemicals. Remember, the key to reversing the course of fatty liver disease is decreasing carbohydrate intake. Even as little as a five percent loss of body weight is enough to start reducing liver fat, and a little more begins to reduce the inflammation. So, if you want things to get better in one of your most important organs, it’s time to start shedding those pounds.