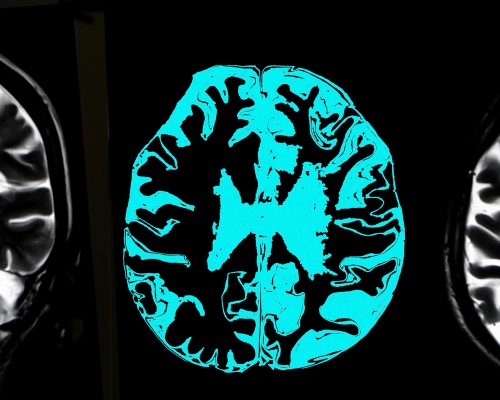 In type 2 diabetes, cognitive decline is linked to brain atrophy that resembles early stages of Alzheimer’s disease. The researchers led a large-scale study comparing brain scans and cognitive function in patients with diabetes and patients without it. Brain atrophy was found to be the primary reason for cognitive impairment in diabetics.

According to the World Health Organization, over 347 million people worldwide live with diabetes and type 2 diabetes accounts for 90 percent of these cases.

Associate professor Velandai Srikanth explained, “Type 2 diabetes and dementia are both highly common disorders affecting the aging population, and this research shows that there may be a mechanistic link between them. Indeed, generalized brain atrophy may be the key driver of cognitive decline in type 2 diabetes and such atrophy is also commonly seen in people with dementia. By 2031, it is estimated that around 3.3 million Australians will have diabetes. The burden of dementia in the population will be greatly increased if a significant number of these individuals experience cognitive decline.”

The study offers additional evidence in support of the previous research looking at diabetes and cognitive impairment. The exact factor contributing to cognitive decline in type 2 diabetes was unclear until this large study identified the association with brain atrophy.

The researchers found that those with diabetes performed worse on cognitive tests and had greater brain shrinkage in the brain areas driving cognitive function.


Type 2 diabetes may be linked to brain atrophy

The link between type 2 diabetes and brain atrophy has previously appeared in earlier studies. Lead author R. Nick Bryan explained, “We found that patients having more severe diabetes had less brain tissue, suggesting brain atrophy. They did not seem to have more vascular disease due to the direct effect of diabetes.”

“As diabetes becomes more common, better understanding of the disease and its management becomes even more important in order to minimize its effect on patient health,” Dr. Bryan continued.

The researchers found that the longer the duration of type 2 diabetes the greater the loss of brain volume.

Dr. Bryan concluded, “Diabetes duration correlated primarily with brain atrophy. Stated another way, our results suggested that, for every 10 years of diabetes duration, the brain of a patient with diabetes looks approximately two years older than that of a non-diabetic person, in terms of gray matter volume.”