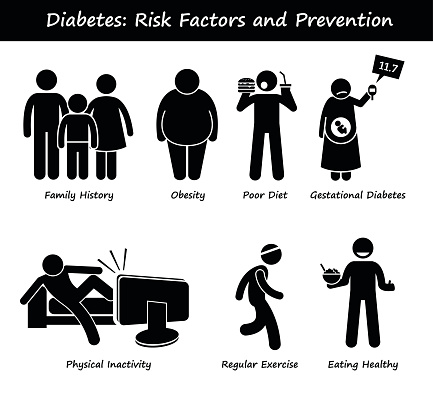 To reduce rates of diabetes among those with schizophrenia, prevention and treatment should be discussed with the patient early on to avoid any complications. 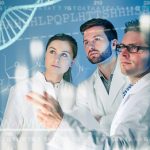 Researchers have found that schizophrenia and type 2 diabetes may share a gene (or genes), which could be the reason why incidences of diabetes runs high among schizophrenics. The gene is known as Disrupted in Schizophrenia 1 (DISC1) and although it has been linked with other mental health disorders, the link to diabetes is new. The researchers found mutations in DISC1 may play a role in pancreatic beta cell survival and function.

The researchers genetically mutated the gene in mice within pancreatic beta cells – not brain cells. The mice were seen to have more beta cell death, less insulin secretion and impaired glucose control in comparison to normal mice.

Lead researcher, Rita Bortell, Ph.D., said, “It is known that individuals with psychiatric disorders may be predisposed to developing type 2 diabetes due to several interacting factors including genetics, lifestyle and medications. Based on our mouse studies, our data predict that DISC1 disruption could tip the balance toward disease. Our hope is that the association we’ve found linking disrupted DISC1 to both diabetes and psychiatric disorders may uncover mechanisms to improve therapies to alleviate suffering caused by both illnesses, which are extraordinarily costly, very common and quite debilitating.” 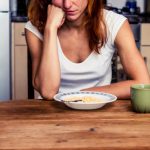 Previous research found a molecular link between diabetes and schizophrenia. The research uncovered defects in insulin function commonly seen in diabetes can also contribute to schizophrenia.

Endocrinologist, Kevin Niswender, M.D., said, “We know that people with diabetes have an increased incidence of mood and other psychiatric disorders. And we think that those co-morbidities might explain why some patients have trouble taking care of their diabetes.”

Neurobiologist, Aurelio Galli, Ph.D., added, “Something goes wrong in the brain because insulin isn’t signaling the way that it normally does.”

The research group was the first to uncover that insulin – which controls glucose – is capable of controlling dopamine in the brain – the reward center. When dopamine is disrupted it can contribute to mental disorders, such as depression, schizophrenia, Parkinson’s disease and hyperactive disorder.

When researchers developed mice with an insulin-signaling defect only in neurons, they found the mice had abnormal behavior, similar to that seen in schizophrenia.

They also found a decrease in dopamine and changes in the transporter protein (NET), which removes norepinephrine and dopamine from the synaptic space between neurons.

Dr. Galli explained, “We believe the excess NET is sucking away all of the dopamine and converting it to norepinephrine, creating this situation of hypodopaminergia (low levels of dopamine) in the cortex.”

Understanding the link between dopamine and insulin action could offer potential new treatments for schizophrenia.

Aside from genetics and molecules, which bridge type 2 diabetes and schizophrenia, there are also lifestyle factors in schizophrenics that can raise the risk of developing diabetes. For starters, the World Health Organization (WHO) reports many schizophrenic patients fall short when it comes to healthy eating. They found that younger adults who are more susceptible to schizophrenia consume mainly burgers, fries and sugar-carbonated beverages.

Other research has shown that schizophrenics have far worse diets compared to the general population. A typical schizophrenic diet has less fiber, antioxidants and vitamins.

Another reported lifestyle factor is: schizophrenics tend to exercise far less than the general public. Furthermore, schizophrenics have higher rates of smoking. Lack of exercise as well as smoking can contribute to becoming overweight and lead to cardiovascular disease – two other factors of type 2 diabetes.

As you can see, there are many aspects that increase a schizophrenic patient’s risk of developing type 2 diabetes.

Treatment of diabetes in schizophrenia patients 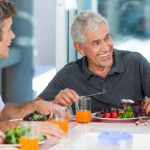 A doctor should work with the patient to make a personalized prevention plan that the patient can adhere to in order to prevent type 2 diabetes. Furthermore, doctors should be aware of schizophrenia medications that can have adverse effects and contribute to diabetes. Whether this means a medication contributes to weight gain or changes eating habits, alternatives may be needed to help reduce the risk of diabetes.

If a patient does develop diabetes, treatment should begin as soon as possible. Treatment plans should be discussed with family and support caregivers so they become aware of what needs to be done. Then they can implement the treatment plan and make sure the patient adheres to the plan set out for them.

Talk therapy has been found to be an effective form of treatment for mental health as well as treating mental disorders such as schizophrenia. A recent study revealed that over two million people in America have a diagnosis of schizophrenia and… Continue reading…

People around the globe find that food is a major focus, yet most don’t practice what is referred to as mindful eating; a simple habit that can keep you healthier and help manage type 2 diabetes. Continue reading…