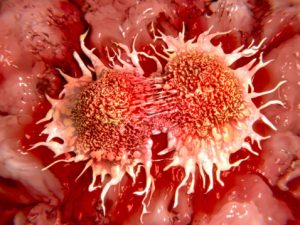 A recent study conducted on twins has revealed that genetics and environmental factors could play a role in determining the risk of cancer in a person. This study which is published in the Jan. 5 issue of the Journal of the American Medical Association, is the first to provide family risk estimates for different cancers.

The lead author of the study, Lorelei Mucci, an associate professor of epidemiology at the Harvard T.H. Chan School of Public Health in Boston, believes that if an identical twin is diagnosed with cancer, the risk of the other twin developing a similar or different type of cancer is high.

The study suggests that members of the family of a person with cancer carry an increased risk for any type of cancer, based on their genes. Having said that, the influence of genetics could vary widely based on the cancer type.

For example, in prostate, skin, and testicular cancers the genes had a strong influence. But when it came to lung, colon and rectal cancers, environ mental factors had a larger sphere of influence.

For the study, the researchers followed more than 200,000 twins from the Nordic countries of Sweden, Finland, Norway and Denmark, for over three decades between 1943 and 2010. The twins included both fraternal and identical twins.

In the case of identical twins the risk was 14% higher than the general population.

And for fraternal twins the risk was 5% higher than the risk for the general populace.

Based on their findings, the team concluded that both genetic factors and environmental factors play a role in cancer. They theorize that if cancer was simply genetic, identical twins would be affected by cancer equally.

It is important to note however, that the risk is not the same for all the cancers. In fact, to determine the different level of risks the researchers looked at the risk of genetics in 23 different types of cancer.

The researchers estimated that on average, about 33% of cancer risk is inherited from genes.

The team hopes these findings will help doctors counsel patients on the sources of their cancer risk, particularly if they have a family member who has developed cancer. While the genetic factors cannot be helped, the environmental factors can be addressed. For example, if you have a sibling who developed lung cancer, even though your risk is higher, you can still lower it by quitting smoking.