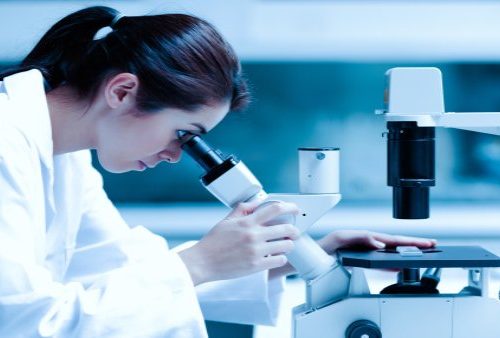 If there is one thing that no living organism can escape, it is their inevitable death. It is something that we all have to come to grips with at one point or another, and it can be quite liberating once we do so. We have adapted as a species to learn to prevent the onset of preventable diseases by living healthy lifestyles and through the development of life-saving medications to prolong life, however, there are certain ailments and diseases we have yet to fully understand. This constant pursuit of the advancement of science and medicine may be seeing a new frontier, as researchers discovered a compound having unusual properties that may help slow aging and even help address neurologic damage from such conditions as Alzheimer’s disease.

A new study outlines a newly discovered mechanism for a compound called rapamycin, which researchers say might help prevent neurological damage and some related diseases. Rapamycin is a natural compound that was first discovered from the soils of Easter Island in the South Pacific Ocean and first shown to mimic valuable effects of diet restriction, which in some animals has extended life span.

“It’s possible this could provide a new therapeutic approach to neurologic disease,” said Viviana Perez, an assistant professor in the Department of Biochemistry and Biophysics in OSU’s College of Science, an expert on the biological processes of aging and principal investigator in the Linus Pauling Institute.

Researchers and scientists believe that rapamycin prevents cellular senescence, the stage cells reach where they get old, stop proliferating, and begin to secrete damaging substances that lead to inflammation. It is thought that this process of secreting damaging substances by older cells (called senescence-associated phenotype or SASP) disrupts the cellular microenvironment and alters the ability of nearby cells to function properly, compromising their tissue structure and function.

“The increase in cellular senescence associated with aging, and the inflammation associated with that, can help set the stage for a wide variety of degenerative disease, including cancer, heart disease, diabetes and neurologic diseases, such as dementia or Alzheimer’s,” Perez said. “In laboratory animals when we clear out senescent cells, they live longer and have fewer diseases. And rapamycin can have similar effects.”
In previous studies of rapamycin, it was observed that it had the ability to increase the action of Nrf2—a master regulator that can activate up to 200 genes responsible for cell repair, detoxification of carcinogens, protein and lipid metabolism, and a whole slew of other factors. This new study showed that rapamycin could also affect levels of SASP directly, it a way that can have an impact on neurons as well as other cell types.

The primary reason why rapamycin isn’t widely used by humans is due to the fact that this compound results in insulin resistance and may increase the risk of diabetes. This has limited its practical application and it is a major concern of the medical community. Until we can address this side effect, the use of rapamycin will have to wait.

Defeat aging with this fruit

The Healthy Truth: Everything you need to know about aging (based on science)