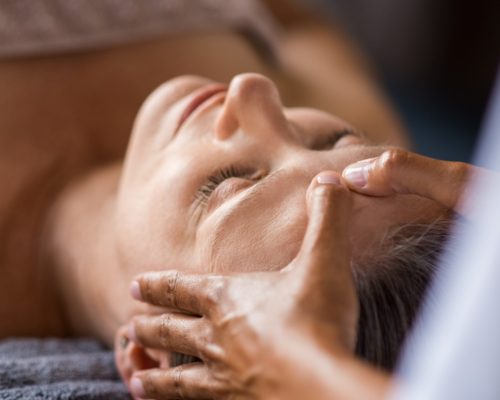 Fountain of youth conversations get tiring, don’t they? Serums and potions? Sure. A little extra exercise and a healthier diet? Gotcha. But a new study might trump those findings in a significant way.

Researchers from UCLA may have unlocked the key to stopping—and even reversing—aging in small trials. If their findings hold up in larger sample sizes, it could be a major health advancement.

The work centered around a small gland in between the lungs called the thymus. It’s an organ where T-cells—critical immune cells—mature. The thing is, since you went through puberty, it became gradually less active and smaller in size. Called “involution,” it ultimately affects the population of your immune cells and its ability to target problems. By the time you reach your 60s—when risk goes up for a number of chronic illnesses—it may not be doing much for you.

Researchers hypothesized that reversing involution may improve immunity and lower the risk for chronic disease. The study showed that it did—and also reversed participant’s epigenetic clocks (markers that indicate biological, not numerical, age). Essentially, they found that restoring the thymus gland could reverse some cellular aging by over two years.

The 10 participants, who were healthy and ranged in age from 51–65, reduced biological age by about 2.5 years over 12-months of treatment. They were given a regimen of recombinant human growth hormone (rHGH) to support cell growth and regeneration. They also gradually received the steroid hormone dehydroespiandrosterone (DHEA) and metformin, a drug to help increase insulin sensitivity.

These findings are very impressive and, if held up in larger studies, could be a massive tool to reduce the risk of chronic illness and encourage the growth of healthier cells. In other words, it could be a huge advance in anti-aging efforts: they might have uncovered the fountain of youth.

But in the meantime, we’ll have to stick with what’s readily available: nutrition, exercise and a little TLC!