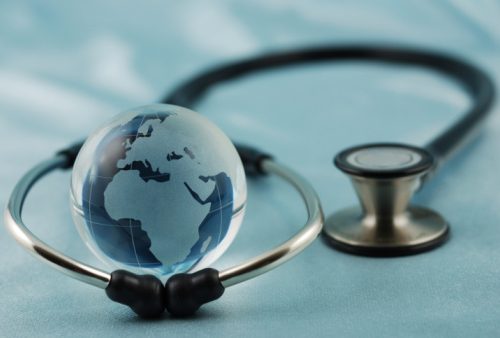 Research reports have shown that exposure to secondhand smoke causes heart attack and stroke, as well as cancer of the lungs.  Secondhand smoke often affects people surrounding a smoker, including family members and friends.

In order to prevent the exposure of nonsmoking individuals to secondhand smoke and decrease the incidence of heart attack and stroke, state and local government agencies have put in place laws that restrict indoor smoking in public places.  According to the Centers for Disease Control and Prevention (CDC), implementing indoor smoking ban protects the heart health of nonsmoking individuals and hopefully, decreases the incidence of heart attack across the United States.

The Worst US Cities – Heart Attack and Stroke

The recent report issued by the CDC lists fifty of the largest cities in the U.S. that have implemented both local and state laws against indoor smoking.  The report showed that smoking bans vary across the country, and it may be possible that one city is only governed by a local anti-smoking law and that statewide restrictions do not exist.  This discrepancy thus reflects the level of implementation of indoor smoking bans, which may also well suggest specific cities that offer better protection against the harmful effects of secondhand smoke, include heart attack and stroke.


Heart Problems and the Anti-Smoking Laws

Discrepancies in local and state anti-smoking laws have been reported in the following cities: Los Angeles, CA; Philadelphia, PA; San Diego, CA; Jacksonville, FL; San Francisco, CA; Las Vegas, NV; Miami, FL; Atlanta, GA; and Virginia Beach, VA.  The CDC report is quite interesting because it directly shows the largest cities that do not have local and state anti-smoking laws in place and thus, this information may be helpful for travelers who are concerned about their risk of heart attack and stroke due to secondhand smoke.  This CDC report may also be used by local and state government officials in improving measures for the prevention of smoking-related heart ailments.

Another related and interesting report on the effectiveness of indoor smoking bans has been recently published in the Journal of Community Health.  The report presents the results of a study that examined the incidence of heart attack in various large cities in the US before and after the implementation of indoor smoking bans.  The research study reviewed hospital data on the number of cases of heart attack among individuals with ages 45 years and above.  From this information, mortality rates due to heart attack were calculated, and these values were compared before and after a full year of implementation of the smoking ban.  The authors of the report also reviewed which US cities had local and state anti-smoking laws, to fully determine whether this legislation is indeed helpful in decreasing heart disease due to secondhand smoke.

The results of the study were very interesting, in which New York City, only of the largest cities with both local and state anti-smoking bans, showed a 12% decrease in heart attack cases for the year 2004.  According to the CDC report, New York City has the strongest laws against indoor smoking, following both local and state laws that prohibit smoking in restaurants, bars, and other places.  The 12% decline in smoking-related heart diseases far surpassed the expected decrease in heart attack incidence.  On the other hand, the largest cities in California, including Los Angeles and San Diego, did not any significant decrease in the number of smoking-related heart ailments, which directly reflects the discrepancies in anti-smoking laws at the level of the local and state governments.

The effect of secondhand smoke on heart health may not be immediately observed in the general public and may only be seen after years of exposure.  The use of anti-smoking laws in at least two levels of government may help curb the occurrence of heart disease due to exposure to secondhand smoke.  These two recent medical reports may help health officials in identifying major cities that require improvements in public health laws, especially those concerning heart disease.