Home » Anti-Aging » The more children you have, the slower you age: study 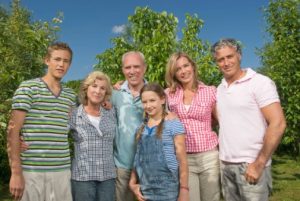 A study conducted by researchers at the Simon Fraser University in British Columbia, on the relationship between the number of children a woman has and her aging, has thrown up interesting results.

Not surprisingly, the results suggest that the number of children born to a woman influences the rate at which her body ages. But what is surprising is that the study reveals that the more children a woman has, the slower she ages.

Led by health sciences professor Pablo Nepomnaschy and postdoctoral researcher Cindy Barha, the study found that the chromosomes of women who give birth to more surviving children had longer telomeres.

First discovered in 1970, Telomeres have been an enigma and it was only in 1997 that scientists were able to link telomeres (protective tips found at the end of each DNA strand) with cellular aging. Longer telomeres play an important role in cell replication and are attributed to longevity.

As part of the study, the researchers analyzed the telomere lengths of 75 women from two neighboring indigenous communities from Guatemala. To assess the rate of growth of telomeres, two specimens of saliva were taken from the women with a 13 year gap in between. The study also took into account the number of children born to these women.
This is the first time that a study examined the direct association between telomere shortening over time and the number of children.

The researchers do not rule out the fact that the social environment of these women could have helped slow down the aging process. The fact is, in these communities, women who bear numerous children receive more social support from their relatives and friends. This kind of support means a lot of metabolic energy that can be allocated to cell and tissue maintenance. This in turn, helps slow down the aging process.

The findings were published in Simon Fraser University in British Columbia.