Home » Healthy Eating » The Dangers of Corn Syrup in Diets 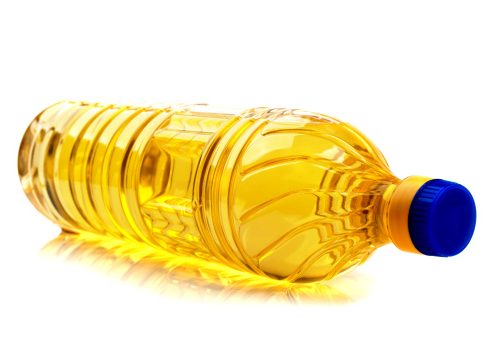 A recent study has shown that corn syrup can help in weight loss.  This fructose-based sweetener may replace the use of table sugar in the daily diet.

In the last few decades, the incidence of obesity has increased due to massive production of ready-to-eat food items, as well as the expansion of fast food restaurants.  Majority of prepared food items, such as donuts, fruit juices, and cookies, contain added sugars that introduce extra calories to the daily diets.  When this type of eating pattern is coupled with a less active lifestyle associated with the extensive use of computers and other electronic devices, the chances of burning the excess calories consumed in diets containing junk food is minimal.

Calories and the Dangers of Corn Syrup

Unused calories are thus stored in the body in the form of fats, which may be deposited in the blood vessels, abdomen, and thighs, to name a few.  Physicians and health-oriented organizations have campaigned for healthy nutrition, including the awareness of the amount of calories consumed in daily diets and the substitution of junk food with fruits and vegetables.

The American Heart Association (AHA) has also recently issued their position regarding the consumption of junk food in daily diets, with special focus of the amount of calories these items contain.  The AHA has thus recommended that adult males and females must not consume more than 150 and 100 calories of added sugar from junk food each day in order to prevent the development of obesity and other heart diseases.  In addition, the AHA has also recommended the use of other sources of sweeteners, such as fructose-based corn syrup.  However, this recent recommendation has also resulted in a growing concern on whether corn syrup may also influence the total amount of calories consumed in the daily diets.

The Medical Report on Corn Syrup in Diets

In a recent medical report, the effects of corn syrup were examined in a population of overweight and obese individuals.  At the start of the research study, 247 overweight/obese adults were weighed and subjected to blood chemistry and body composition examinations to establish their baseline conditions.  The study participants were then invited to undergo a 12-week program that made use of diets low in calories, allowing them to receive a total of 309 calories each day.  The main change included in their diets was the use of corn syrup instead of sucrose, which is the sugar used in most manufactured food items.

RELATED READING:  Blurry and Poor Vision Not Caused by Aging

At the end of the 12-week program, the adult participants were then weighed again, and also checked for body fat content.  Their waistline was also measured, and their body mass indices were calculated.  The results of the study showed that all study participants showed a lower body weight, suggesting that the use of corn syrup as sweetener was effective in reducing the amount of sugar consumed in their meals.  In addition, the improvement in their blood chemistry results also suggested that their risk for heart disease was also lower.

The Effect of Calories in Daily Diets

This recent medical report is a very simple study that was designed to show the effects of the use of corn syrup in daily diets.  It appears that eating food items that contain high amounts of added sugars may increase the chances of excessive weight gain.  The number of cases of obesity around the world has grown in the last few decades, thus posing a threat to human health.

The findings in the report showed that with proper dietary counseling, overweight and obese individuals learn that selecting healthy and nutritious diets may lead to a decrease in body weight.  This change in eating behavior may also decrease the risk of development of heart disease and other complications associated with excessive weight gain.  The study has also shown that avoiding the consumption of junk food that contains high amount of sugars must be avoided in order to lead a healthy lifestyle.