Home » Anti-Aging » Osteoporosis » The Calcium Controversy Continues: Does calcium really do what you think it does? 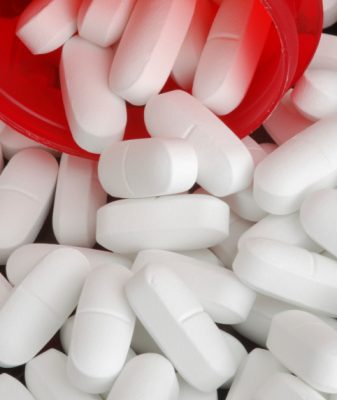 Today, I want to talk to you about calcium.

Usually when I bring this topic up with a patient, I get an exaggerated eye-roll in response, along with a “Thanks Dr. Mintzer. But I already know about calcium – I need it to build strong bones, and to prevent osteoporosis.”

And so I respond – and this always receives a satisfying raise of the eyebrow – “but are you really sure about that?”

The answer is no. Because, for several years now, research has been showing that calcium supplements don’t work the way you think.

I’m continually amazed at the growing number of foods artificially fortified with calcium that continue to pop up in the grocery store, like orange juices, fortified cereals, non-dairy milks and enriched breads.

Calcium pills and powders are one of the most commonly purchased supplements in North America. In the interest of protecting ourselves against weakened bones and osteoporosis, Americans are the highest consumers of calcium products and supplements world-wide, earning the calcium supplement industry a whopping $2 billion dollars in revenue.

Obviously, something doesn’t make sense here. Scientific research and biological truths have been overshadowed, not only leaving the public operating in the medical dark ages, but also a lot of the doctors in the medical community.

Brenda, a colleague of mine, called me the other day with a very interesting experience, one that I hear from my patients all the time. Sitting down with her doctor to discuss the results of a recent physical, she was told what most women in their mid-forties secretly dread – the exam showed she had low bone density. Following a “don’t lose hope” speech and a sympathetic pat on the shoulder, her doctor recommended that she begin a regular regime of daily calcium supplements.

Now Brenda’s heard my calcium rant several times before. So she went to her Naturopath next, bone density scans in hand, looking for more guidance on the issue. She was shocked to hear the same advice repeated – take more calcium supplements.

We’ve all become so stuck in traditional thinking that some basic biological truths have been forgotten here. This is why I was adamant about writing to you about the actual scientific research behind the use of calcium supplements. Americans are being unnaturally and unnecessarily endangered with outdated thinking about this mineral, which is not only harming our bones in the long run, but is also creating several other, extremely serious health problems.

Part of the problem begins with our bodies’ natural bone forming processes. Without a doubt, calcium is a vital part of this process. Calcium is one of the main minerals that make up your bones, and is a major player in organ and nerve functions. If these organs need more calcium than what your body’s getting, they’ll steal what they need from your bones. If this continues, it can eventually leave your bones depleted, lower in density, and could lead to osteoporosis. Here’s where many doctors whip out the nearest calcium pill bottle and hand it over to their patients.

But calcium is NOT the only mineral in the picture here. Bones are made up of dozens of minerals. Exclusively focusing on calcium is getting us into serious trouble; it’s actually worsening bone density and increasing rates of osteoporosis.

An infamous Harvard study, that followed 78,000 women for 12 years, found that the women consuming the most calcium were 45% more likely to break a bone than the women consuming the least amount of calcium! The Women’s Health Initiative, that followed 36,282 post-menopausal women’s use of calcium over a period of 7 years, found that the calcium-users in the group experienced no reduction in hip fractures when compared to the women not taking calcium – but they certainly experienced an increase risk of kidney stones!

Here’s another clincher – insufficient dietary consumption of calcium isn’t even the leading cause of osteoporosis. It’s estrogen deficiency. Other common causes include parathyroid and growth hormone imbalances, thyroid conditions, insufficient magnesium, potassium, vitamin D, or vitamin K, medications, chronic illnesses, over-consumption of alcohol and cigarettes, etc., just to name a few. All of these situations can lead to weakened bones because they affect the way your body uses calcium; this means that the majority of risk factors for osteoporosis have little to do with the actual amount of dietary calcium you’re getting.

So no matter how much more calcium you start to fearfully swallow, it’s not going where you need it to go to protect you from osteoporosis.

Calcium Mega-Dosing is Not the Answer

So where is all that extra calcium going? It starts getting deposited all over your body, hardening and blocking up essential pathways where it could lead to extremely serious health conditions. These include:

Pretty terrifying, isn’t it? I read a very revealing study published in the scientific journal Heart, that followed 24,000 subjects over 11 years and found that calcium supplement takers were actually 86% more likely to have a heart attack.

And is this really so surprising? Just take a look at how hard water – water high in calcium – affects your shower heads and pipes. Slowly scaling up your tub, it thickens and hardens in the pipes, eventually clogging up the water stream through your shower head to an annoyingly reduced, bare-minimum trickle. Calcium deposits in your arteries behave the same way. The only difference is, instead of leaving you with a plumbing problem, they could be leading you to a full fledged heart attack.

But don’t stop there – keep looking at the real world. Have the citizens of Japan and China – who consume less than one third of the calcium us North Americans are consuming – crumpled into heaps of broken bones and osteoporosis? Actually, it’s quite the opposite. Japanese experience half the fractures that Americans do, and the Chinese have even lower rates. Even the British population has 40% fewer fractures than we do.

We’re obviously doing something wrong here. And yet we’re not changing our ways. Too many of us are stuck in a culturally-created bubble and not seeing the reality outside of it.

The current research is indisputable – blasting your body with high doses of calcium supplements has demonstrated little benefit. In fact, it may be doing you more harm than good.

For the most part, North Americans are getting more than enough calcium from food and natural sources, and ramping up the volume to artificial doses that far exceed anything you’d find in nature not only makes little practical sense, but is also having disastrous effects on us. The evidence is all there in front of us.

This doesn’t mean you should throw your hands up in the air and become complacent about your bone health. But there are tons of other, more natural approaches you can take to protect yourself from weak bones and bone disease. These include: