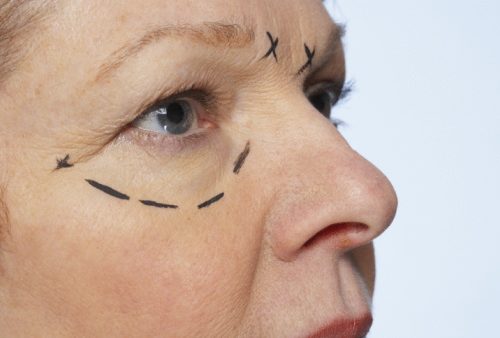 The American Society for Aesthetic Plastic Surgery has been collecting data on nipping, tucking, and augmenting for 15 years and despite some negative press about anti-aging procedures along the way, their information shows the demand for cosmetic intervention is going no-where but up. In fact, the society reports that the quest to look younger led to a 197 per cent increase in the number of cosmetic procedures over the 15 years.

Why Such a Massive Increase in Cosmetic Surgery?

A recent report by a French based forum for plastic surgeons and dermatologists supports the Society’s data. They too have seen a rise in the demand for everything from breast augmentation and liposuction to Botox and other treatments for wrinkles. The forum indicates that global demand for cosmetic surgery grew by 10 per cent in 2012 and is expected to grow at least that much again this year.

All signs seem to indicate that Asia will experience the most growth this year with high demand for procedures such as eyelid and nose surgery. A 14 per cent boost in the market is the prediction. In Europe the forecasted growth is set at 6.6 per cent. Much of this is attributed to the strong demand for anti-aging treatments from the over 50 population. When added up, the global market for plastic surgeries in 2012 reached approximately 6 billion dollars.

Surgeons in the United States, especially those in Beverly Hills, have reported an influx of new patients from countries around the world in recent years. Doctors believe that the demand for procedures that will help consumers look younger will only continue to rise as they develop new and innovative techniques. They point out that many anti-aging treatments are minimally invasive, making it more inviting to a lot of consumers who want to look younger.

Procedures to Look Younger – Most Popular

For women around the globe, breast augmentation turned into a nightmare a few years ago when they learned that the French-made implants they had were created with an industrial silicone not fit for human use. The government banned the implants and the owner of the company that manufactured them was charged with manslaughter. French authorities recommended that women with PIP implants have them removed. The PIP implants were not sold in the United States; however, women in over 60 countries, including many in Britain and South America received the implants. Despite the scandal, the French forum reports that breast augmentation is expected to grow by 5.2 per over the next 4 years.

Avoiding Wrinkles – It Doesn’t Stop There

Whether it is a case of avoiding wrinkles or enhancing a part of your body, plastic surgeons say more people are placing increased importance on their physical appearance. A U.S based survey shows that 51 per cent of Americans approve of cosmetic surgery. Sixty- seven per cent say they wouldn’t be embarrassed if their family and friends knew they had a cosmetic procedure.

RELATED READING:
If a 103 Year Old Can Become Stronger, Smarter and Feel Younger, Why Can’t You?

Today plastic surgeons say that minimally invasive procedures account for about 90 per cent of their work. This is likely because they cost less and require less recovery time. The most common of all cosmetic procedures is associated with wrinkles. Botulinum toxin or Botox, is used to smooth out skin. The second most popular technique uses products like Restylane to plump and fill in wrinkles.

If you are thinking about cosmetic surgery it is recommended that you do some homework first.

Make sure the doctor who will be conducting the procedure is board-certified, operates in an accredited facility, is well trained and experienced in the procedure you will be getting, and adheres to a strict code of ethics. Talking to your general practitioner before getting plastic surgery is also a wise idea.