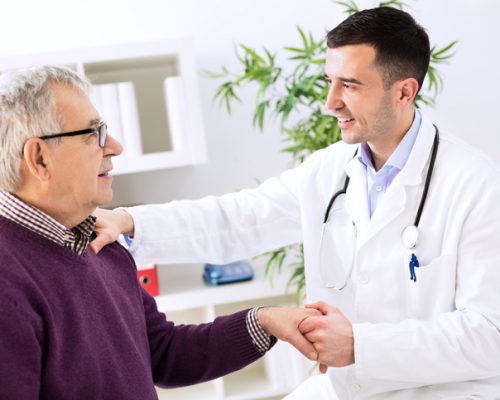 Prostate cancer patients taking testosterone-lowering drugs may be twice as likely to develop dementia. The researchers found that males who underwent androgen-deprivation therapy (ADT) had an eight percent risk of dementia within five years of treatment, compared to only 3.5 percent among those who did not receive ADT.

Lead researcher Dr. Kevin Nead said, “People who got ADT in our study had twice the risk of developing dementia, compared to people who didn’t.”

The researchers do not suggest that patients stop this therapy, but only be aware of the potential risk.

ADT has been around since the 1940s, but has gained popularity as a treatment method in the recent years. Growing body of research is shedding light on the negative effects of low testosterone on the brain.
Dr. Nead explained, “We found that after diagnosis, individuals with prostate cancer treated with androgen-deprivation therapy had a significantly increased risk of developing dementia, compared to people who didn’t get it.”

“In the brain, the ability of neurons to repair themselves and not die off, those are at least partially regulated by androgens. A very reasonable theory would be if you don’t have those androgens around to have that protective effect, you would be more susceptible to developing dementia,” Dr. Nead continued.

The study only implies an association, so it’s important to continue with the therapy all the while being aware of possible risks. The researchers suggest additional research is required to confirm the findings.