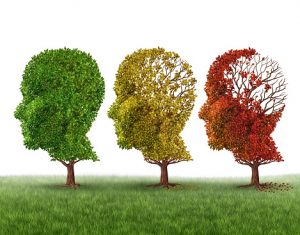 The details of the study are published in the August 3 issue of JAMA Neurology.

The team of researchers led by Jessica Gill, Chief of the Tissue Injury Branch at NINR’s Brain Injury Unit, used ultra-sensitive technology (about 1,000 times more sensitive than conventional methods of measurement) to measure levels of the protein, tau, in the blood months and years after individuals suffered traumatic brain injury.

Tau is a protein known to play a huge role in the development of Alzheimer’s disease and Parkinson’s disease. It is released from nerve cells, and is the protein that helps provide structural support to the nerve framework. Elevated levels of tau are indicative of axonal injury, a type of injury to the brain in which the brain’s neurons are unable to communicate with other parts of the body, often leading to coma. Levels of tau in the blood can be elevated in the hours and days following an injury, but were thought to return to normal levels within the months following a TBI.

The team found that the elevated levels of tau in the brain are linked to chronic neurological symptoms, including post-concussive disorder (PCD), in which an individual suffers with headache and dizziness post injury. These chronic neurological symptoms have been linked to progressive brain degeneration that leads to dementia following repetitive injuries to the brain — independent of other factors such as depression and post-traumatic stress disorder (PTSD).

Individuals with Traumatic Brain Injury are more likely to experience ongoing complications such as PCD, PTSD, and depression and are also more likely to develop Chronic Traumatic Encephalopathy — however, there is currently no way to identify those who are at greatest risk for developing these chronic symptoms.

But given the results of the new study, in the future, clinicians will be in a better position to single out patients who are at a risk of long-term complications following a traumatic brain injury said researchers.

To help identify those at-risk, the researchers explored whether elevated levels of tau are related to chronic neurological symptoms in military personnel who had experienced TBI.

In the study the researchers studied a total of 70 military personnel with a history of TBI and 28 without a history of TBI. Researchers used standard assessments to measure PTSD, depression, and other neurological and psychological symptoms among participants.

Until recently, it was difficult to assess the tau concentrations in the blood of patients who experience chronic symptoms. Because of this difficulty, tau’s role in chronic complications following TBI has been unclear. But by using the new technology, they could more easily measure the protein and clarify its role in the long-term complications of TBI. The ultra-sensitive immunoassay technology allowed researchers to accurately measure levels of tau in participants’ blood even after many days after the injury. Their findings suggest that long after the primary brain injury, tau accumulations alone may contribute to chronic neurological symptoms.