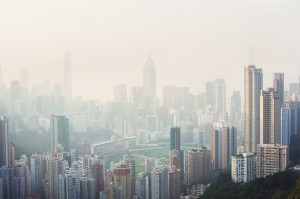 We can’t survive without the heart, but that doesn’t mean we know everything about how it works. New research has uncovered a surprising cause for heart problems like blood clots and irregular heartbeats: Air pollution.

Dirty air already has been established as a cause behind heart problems. The Heart and Stroke Foundation of Canada says that heart attacks, heart failure and strokes make up an estimated 42 to 69 percent of hospital admissions due to poor air quality. But it could also play a role in other heart problems, like blood clots and irregular heartbeats, as shown by this new study.

How air pollution can make you sick

The research involved an analysis of Welsh and English data from three UK databases, between 2003 and 2009, looking at whether or not high levels of air pollution affected cardiac events. The study included investigation of 400,000 heart attacks recorded in the Myocardial Ischaemia National Audit Project, more than two million admissions to ER for heart problems, and 600,000 deaths due to heart attack or stroke, all over a period of five days. The research team also looked at average daily temperature for that time period along with the presence of air pollutants carbon monoxide, nitrogen dioxide, particulate matter, sulphur dioxide, and ozone, Science Daily reported.

The team, from the London School of Hygiene and Tropical Medicine, found that short-term air pollution was related to arrhythmia (or abnormal heartbeat) and blood clots, particularly in women and those older than 55, as reported by BBC.

There wasn’t a clear risk in the results that showed an increased risk of death due to cardiovascular issues when exposed to short-term air pollution – but one type of particulate matter was associated with increased risk of irregular heartbeat and blood clots in the lungs.


Air pollutants hard on your heart

As the research team wrote in the study introduction, there is more to learn about the mechanisms behind pollution and heart disease and this new research adds to that body of knowledge about heart problems. A commentary posted in Heart by the research team addressed the study results, noting that this new finding adds to the already existing evidence that air pollution is bad for our hearts.

As well, the study doesn’t reveal why the association between air pollution and cardiac events is so strong. And as Science Daily reported, the reason why particulate matter leads to heart problems is not yet known.

“The research adds weight to what we already know, but it goes further to suggest a link between air pollution and an increased risk of blood clots in the lungs and arterial fibrillation,” said nurse Julie Ward in Heart.

Writing in an editorial for the British Medical Journal, which published the study, the research team said, “The current lack of consistent associations with contemporary UK data may suggest that as the fog begins to clear, the adverse health effects of air pollution are starting to have less of an impact and are more difficult to delineate.”

Clearly, we need to take notice of air quality concerns and become more environmentally conscious in our personal habits, too. Small changes, like taking transit or walking to the corner store, instead of relying on our car, can add up. And save lives.