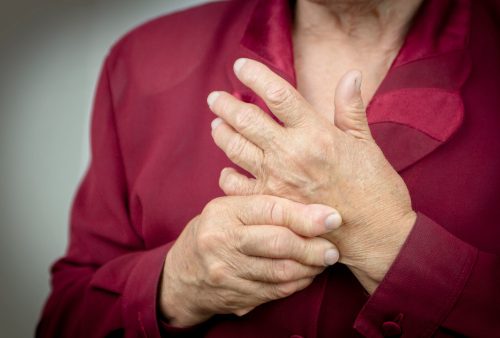 A new study presented by researchers at the department of Immunology, Genetics and Pathology at Uppsala University in collaboration with colleagues at Karolinska Institute Medical University have produced a new tool for the prognosis and choice of therapy for rheumatoid arthritis by testing for antibodies against the cartilage protein collagen II.

“Analyzing these antibodies, in combination with other relevant antibodies, could be used for predicting prognosis and choosing therapy for rheumatoid arthritis patients,” says Professor Johan Rönnelid, who led the study.

Rheumatoid arthritis (RA) is a debilitating inflammatory disease where the joints become stiff and swollen and it is associated with progressive joint destruction. It is the result of autoantibodies that attack the joints causing inflammation, often presenting as pain and stiffness that worsens following rest—it commonly involves the wrists and hands on both sides of the body. In some RA patients, antibodies are formed that target collagen II, an important protein in joint cartilage that drives the inflammatory process early in the disease. The highest amount of collagen antibodies is detected at the time of diagnosis, which then typically decrease over the first year after diagnosis.

The researchers of this study followed a large group of RA patients during five years, looking for any connections between the collagen antibodies and disease development.

“In all, our findings suggest that a combined analysis of antibodies against collagen and antibodies against citrullinated peptides could be a new tool for predicting the disease course and perhaps also for choosing therapy in newly diagnosed RA patients,” says professor Johan Rönnelid.

Preventing arthritis in hand with exercise and natural remedies