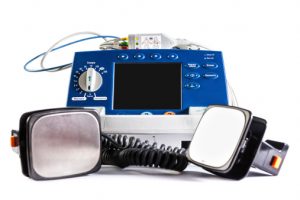 Having said that, the study also cautions users and clinicians about the dangers associated with defibrillation. A report on the study will be published Aug. 4, in the Journal of the American College of Cardiology.

For the study, researchers examined 1,200 people, aged 18 to 80, who received defibrillators at four heart centers in the United States between 2003 and 2013. These people were followed for an average of five years. Of the 1,200 people, 538 (40 percent), underwent at least one heart function re-assessment after initial device placement.

Even though none of patients in the study experienced an actual cardiac arrest prior to the study, all of them had a condition that put them at high risk for lethal rhythm disturbances. So all of them had defibrillators implanted, and as the results showed, 25% of the patients benefitted greatly from the implanted devices.

The report reveals that the defibrillator-implanted hearts had grown less prone to developing lethal rhythms. This indicates that the patients with the defibrillators were far less likely to suffer arrhythmia-terminating device shocks and had a much lower risk of dying.

But 25% is just the beginning. That number could improve. According to the researchers as the number of rhythm-restoring device shocks never reached zero among those with improved heart function, there is always scope for more improvement. They add, the arrhythmia risk was not completely eliminated and patients may continue to derive at least some protection from defibrillators even after their hearts become less susceptible to fatal rhythms.

On the other hand, as defibrillators can also cause serious complications, the risk-benefit ratio does tilt more towards ‘risk’ after the heart function improves.

According to Alan Cheng, a cardiac electrophysiologist and an associate professor of medicine at the Johns Hopkins University School of Medicine, the risk-benefit assessment must be done repeatedly, over the course of treatment, and not just at the time of device implantation.

Repeated assessments will help determine if patients with defibrillators whose hearts get better over time may be better off without the device. This is as important as determining who needs a defibrillator in the first place said researchers.

While the study does give thumbs up to the use of defibrillators, there are certain factors that go against them. The biggest being defibrillators can misfire and deliver startling, painful, unnecessary and, at times, dangerous shocks. Moreover, implanting the defibrillator comes with a risk of blood vessel damage and dangerous heart valve infections.

The current standard for implanting a device as dictated by the American Heart Association is heart function below 35 percent. According to the study, the heart function in one-quarter of people with defibrillators improves over time, and goes over the 35 percent threshold. Cheng cautions that monitoring such fluctuations is essential to optimize the clinical management of patients with a cardiac defibrillator.