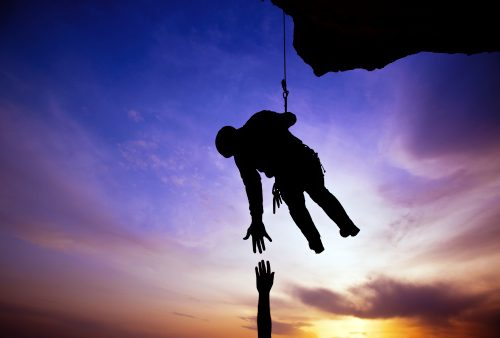 Sacrificing your life to save another isn’t really something we think about a lot. Whether we would actually go through with such an act is another question altogether. But the concept of selfless heroism is commonly explored in media, from television shows to movies, with one person sacrificing their life for the sake of others.

A new research study from the University of Waterloo suggests that this may be not the best strategy in life-and-death situations involving groups of people.

Witnessing one person choosing to save another at the cost of their own life evokes an emotional response — it’s highly romanticized. But a study has found that these acts actually decrease overall survival rate.

With the aid of a computer simulation of a flooded subway station, the researchers found that overall survival rates were substantially higher when strong people in a 30-member group reached safety themselves before trying to help weaker people.

The simulated subway system was modeled after an actual three level underground space in Kyoto, Japan. The researchers simulated severe flooding from a nearby river, with a mix of adults and senior citizens in need of rescue.


Three scenarios were repeatedly run: one in which people worried only about themselves, one where the victims worked together, and lastly, one in which those capable of saving themselves reached a safe place before attempting to save others with a rope.

The rope option resulted in the highest survival rate.

“Foolhardiness is not a good strategy for rescuing. In very critical situations, we have to be kind of selfish, but we can still help others if we have proper equipment and proper strategies,” said Eishiro Higo, a civil engineering Ph.D. candidate at Waterloo who led the research.

Saving yourself before saving others

In essence, their simulation found that when strong members tried to perform “selfless acts of heroism” before they secured themselves, the chances were higher for both being dragged down and the whole group suffering as a result.

“We have to identify what is brave and what is reckless. Helping people from a safe location is still good behavior and the result is actually much better,” continued Higo.

The point of the study was not to discourage acts of heroism, but to promote discussion improve disaster relief.