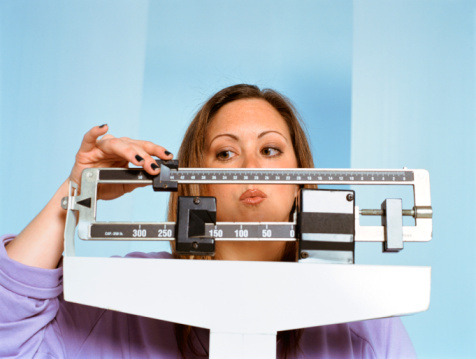 There are individuals out there who believe that obesity could protect them from health problems and even perhaps provide some sort of survival advantage. This is called the obesity paradox. While this theory may have held some truth in an uncivilized age where food was very hard to come by, nowadays, it is not the case.

A new study from Boston University School of Public Heath states that adults who become overweight or obese have a higher risk of dying from heart disease, cancer, or other illnesses. Furthermore, this risk of dying increases in proportion to the amount of excess weight gained, according to researchers.

The study in question tracked the weight history of more than 225,000 participants in three large studies, documenting the maximum body mass index (BMI) of each person across an average of 16 years. Researchers tracked participants weight every couple of years through the use of a questionnaire, and they were then able to categorize them based on the highest BMI reached during the study period. The following were the criteria used to determine BMI range: Underweight (BMI less than 18.5), normal weight (BMI of 18.5–25), overweight (BMI of 25–30), obese (BMI of 30–35), and morbidly obese (BMI greater than 35).

“We found that after considering weight history, the apparent paradoxical association between overweight/obesity and the risk of dying completely disappeared,” said senior study author Andrew Stokes.

These results prove that previous results supporting the obesity paradox were incomplete, having only checked participants’ BMI at one point in time. Those studies did not accurately reflect a person’s actual excess weight over their lifetimes, considering that many people with fatal illnesses lose excessive amounts of weight prior to death, leading to a bias in those results.

“Some people have unintentional weight loss driven by the onset of a chronic disease like cancer or a heart condition,” Stokes said. “When you just consider the snapshot, some people in the normal-weight category are those who developed a disease and are losing weight on the pathway to dying. That acts as a bias.”
The study tracked the participants over many years, documenting which ones died and the causes of death. The conclusion reached was that a person’s overall risk of dying increased based on their maximum BMI, with researchers finding a 10 percent increased risk in overweight individuals, 34 percent for the obese, and 98 percent for the morbidly obese. A similar trend was also seen for risk of death from heart disease, with a 23 percent increased risk in overweight individuals, 71 percent in obese, and more than triple the risk for the morbidly obese. The trend continued with cancer risk as well, with overweight having a five percent increased risk, obese having 20 percent, and morbidly obese having 50 percent.

However, this particular study done by Stokes and his colleagues cannot prove that the additional weight caused increased death risk, and it can’t say whether or not losing the weight would reduce the extra risk. Stokes acknowledges this fact and aims to address this aspect in future research.