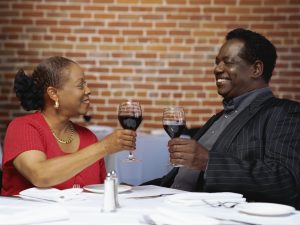 The American Stroke Association estimates that 87 percent of strokes are ischemic, while 13 percent are bleeding.

On the other hand, heavy drinking – over two drinks a day – was associated with a higher risk of both types of stroke.

The study did not prove causality, and other factors may also contribute to one’s stroke risk aside from alcohol intake.