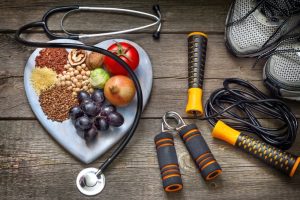 Stroke risk may be lowered by drinking coffee and green tea, and following a healthy diet and lifestyle. Lead author of the study Yoshihiro Kokubo said, “This is the first large-scale study to examine the combined effects of both green tea and coffee on stroke risks. You may make a small but positive lifestyle change to help lower the risk of stroke by adding daily green tea to your diet.”

Additionally, green tea drinkers were more likely to exercise, compared to non-drinkers, which could help further reduce the risk of stroke as well.

Because coffee and tea are the most popular drinks after water worldwide, the researchers suggest that the findings may even translate to the American population as well.

Women who follow a healthy diet and lifestyle may cut their stroke risk by more than half, according to research studies. The researchers looked at five factors of a healthy lifestyle: healthy diet, moderate alcohol consumption, not smoking, physical activity, and a healthy body mass index (BMI). The researchers compared women based on these five lifestyle factors and found that those women who had all five factors had a 54 percent lower risk of stroke, compared to women who had none.

Study author Susanna C. Larsson said, “Because the consequences of stroke are usually devastating and irreversible, prevention is of great importance. These results are exciting because they indicate that a healthy diet and lifestyle can substantially reduce the risk of stroke, and these are lifestyle choices that people can make or improve.”

Of the group, 1,554 women had a stroke. With each additional healthy lifestyle factor, the risk of stroke was found to decrease.

Although the researchers found that these lifestyle habits can reduce the risk of stroke, none of these habits were associated with a reduced risk of hemorrhagic stroke, which accounts for 15 to 20 percent of strokes and occurs when there is bleeding in and around the brain.