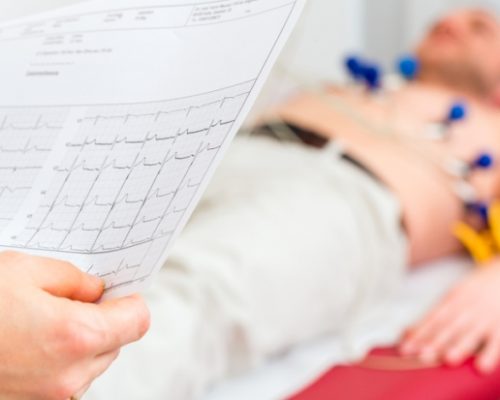 Researcher Dr. Thomas Vanassche explained, “Our study shows that the risk of stroke is higher in patients in whom the arrhythmia is present permanently, compared to patients who only have short episodes of arrhythmia, even when correcting for other stroke risk factors. Although it may seem intuitive that the continuous presence of AF carries a higher stroke risk than short, intermittent episodes, this has been an area of controversy.”

“Although some recent trials have reported higher stroke rates in patients with permanent compared with paroxysmal AF, other studies did not report a significant difference. Current guidelines recommend that the pattern of AF should not be taken into account when assessing the stroke risk in patients with AF, suggesting that, when it comes to stroke risk, ‘any AF is AF’,” Dr. Vanassche added.

The researchers pooled the data from two previous studies known as ACTIVE-A and AVERROES to obtain their sample size. The patients were treated with anticoagulant medication which helps reduce the risk of stroke.

Those with permanent atrial fibrillation had nearly double the risk of stroke, compared to those with temporary AF.
Dr. Vanassche continued, “Other studies have shown that patients with permanent AF are often younger and at a lower risk of stroke compared to those with permanent AF, and these findings were confirmed in our analysis. Nevertheless, the difference in risk of stroke remained significant when correcting for other risk factors such as age, heart failure, diabetes, sex, prior stroke, hypertension, and peripheral artery disease. The higher risk of permanent versus paroxysmal AF was also seen when considering patients with low, intermediate, or high risk of stroke separately. It is very important to acknowledge that regardless of its form and presentation, AF increased the risk of stroke. Therefore, all patients with AF should be assessed for risk, and if the risk is sufficiently high, they should be treated with anticoagulants. Thus, our results strengthen the existing recommendations.”

“On the other hand, these results do provide support for the intuitive notion that ‘a lot of AF’ carries more risk than ‘a little AF’. In cases where there is doubt about whether a patient would benefit from anticoagulant therapy, the presentation of AF could be one of the additional factors to take into account,” Dr. Vanassche concluded.