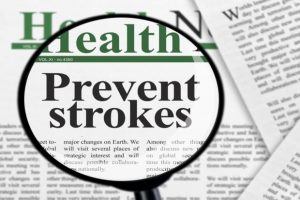 A new study has found that stroke cases are on the decline among older adults, but are rising among younger people. Lead researcher Joel Swerdel explained, “People born during what I call the ‘Golden Generation,’ 1945 to 1954, had lower rates of stroke than those born 20 years before them and also in the 20 years after them.”

Those born between 1965 and 1974 – known as generation X – have a 43 percent higher risk of stroke, compared to the Golden Generation.

A stroke results from a blood clot or blocked blood vessel in the brain which starves the brain for oxygen. Stroke is the fifth leading cause of death in America, according to the CDC.

The researchers compared stroke data from 225,000 people representing both generation groups. The results revealed the following:

The older generation appears to benefit from blood pressure lowering medication, along with cholesterol-lowering medication. Furthermore, the baby boomers benefited from dodging the obesity and diabetes epidemics, which impacted the generations that followed.
Swerdel explained, “If we look back at U.S. history, there was a big push towards adding a lot of sugar to food. For instance, sugared cereals didn’t become popular until the early 1960s. The rates of obesity and diabetes in these younger groups may be a function of that.”

Some researchers suggest that because the blood pressure movement began around the 1970s, the younger generation has yet to benefit from the messages it conveys. Daniel Lackland, a professor and director of translational neuroscience and population studies, added, “Today, we have a significant number of pediatricians who come asking, ‘How do I diagnose and treat adult hypertension, because that’s what I’m seeing in my pediatric patients.’ Everybody should have their blood pressure measured, and everybody should know their blood pressure.”